Someone talk me out of this or into this setup 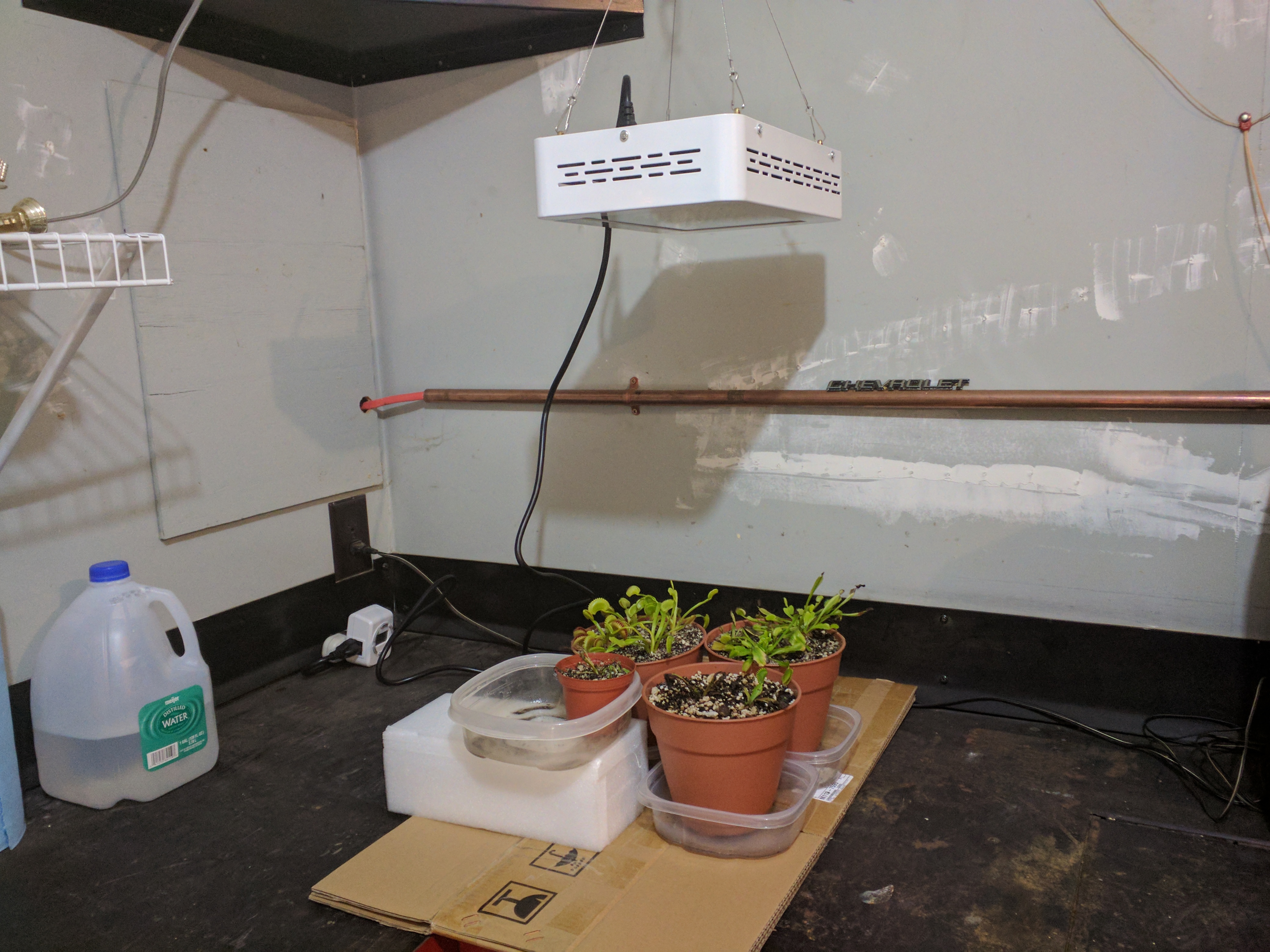 One pic just for Bob 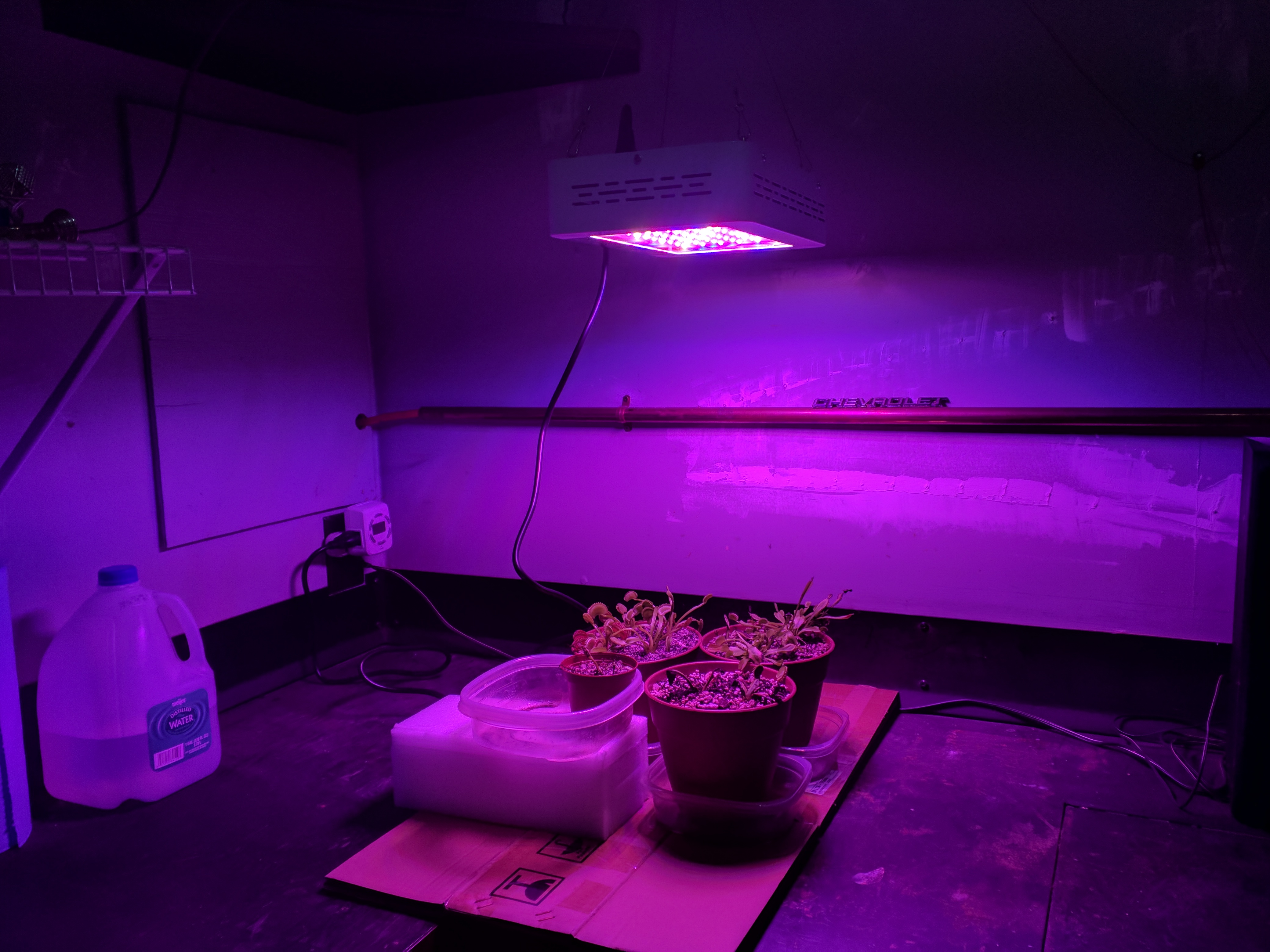 -  Fri Oct 20, 2017 12:42 am #305779
My 2 cents: As for CFL lights you want to put them as close to the plant as possible! They produce very week par (Photosynthetic Active Radiation) which plants needs in abundance and in different spectrums. 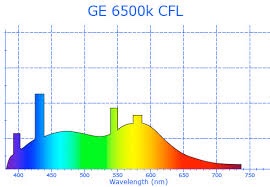 About 2 inches is usually the closest you can get em before it starts to hurt the plant! If you are unsure hold your hand up to the light at the distance your plant was! If it’s hot ur too close if not your good to go! The bad thing about them being only 2 inches is if u don’t watch them they will try and commit suicide by growing into the light and burning up. Lol

Before/ when I first got the VFT: 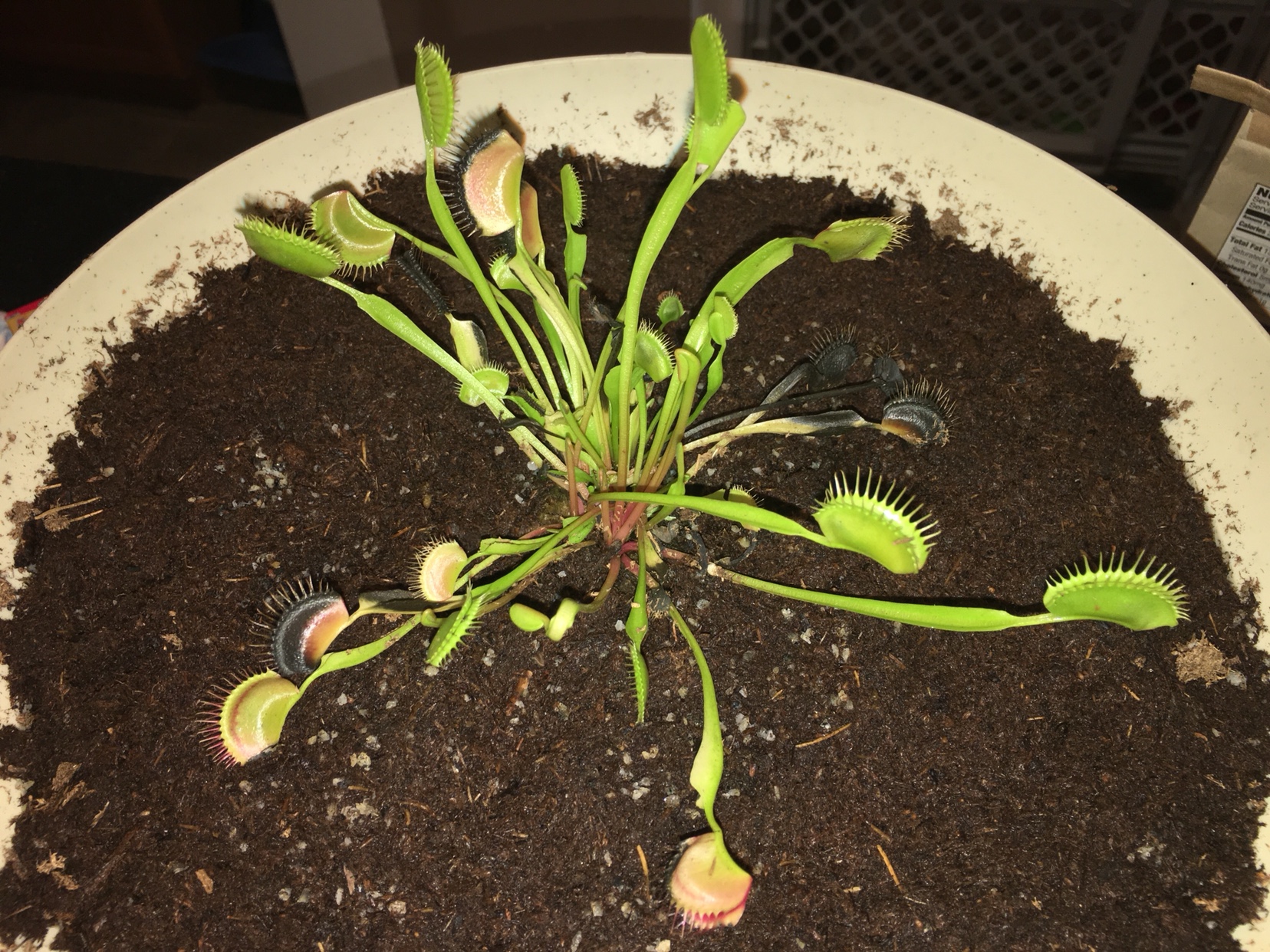 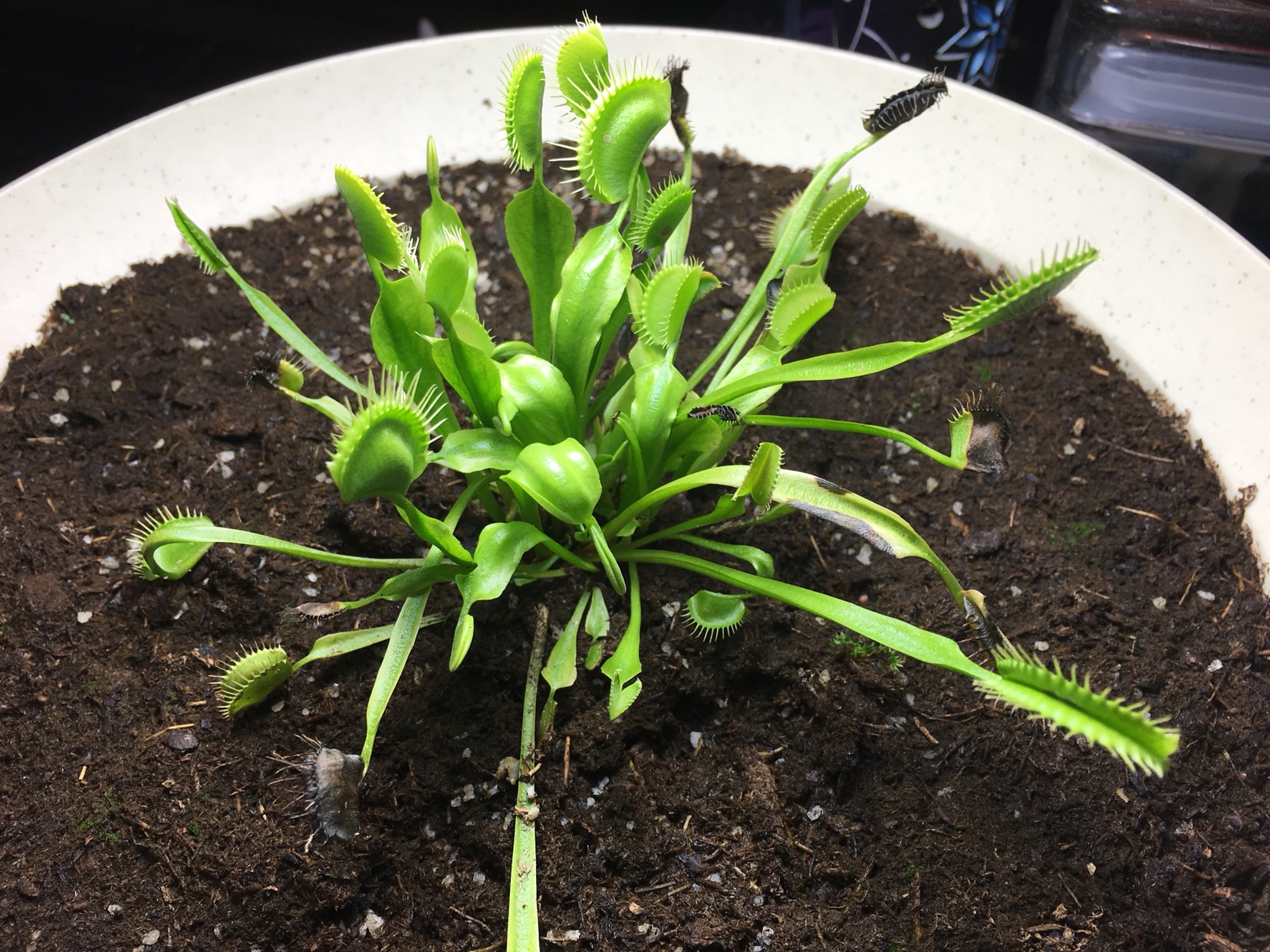 I only say that because from what I was told vft’s can withstand full sun but they don’t like the full mid day sun which the 2000 par reading was supposedly taken. So I’m not really sure!

I’m not sure of the par requirements of a vft

I’m not entirely sure if the 2000 par reading is right, since I haven’t personally tested daylight with a par meter, most likely it’s higher!

Here’s a pic of the marshydro 300w par spread 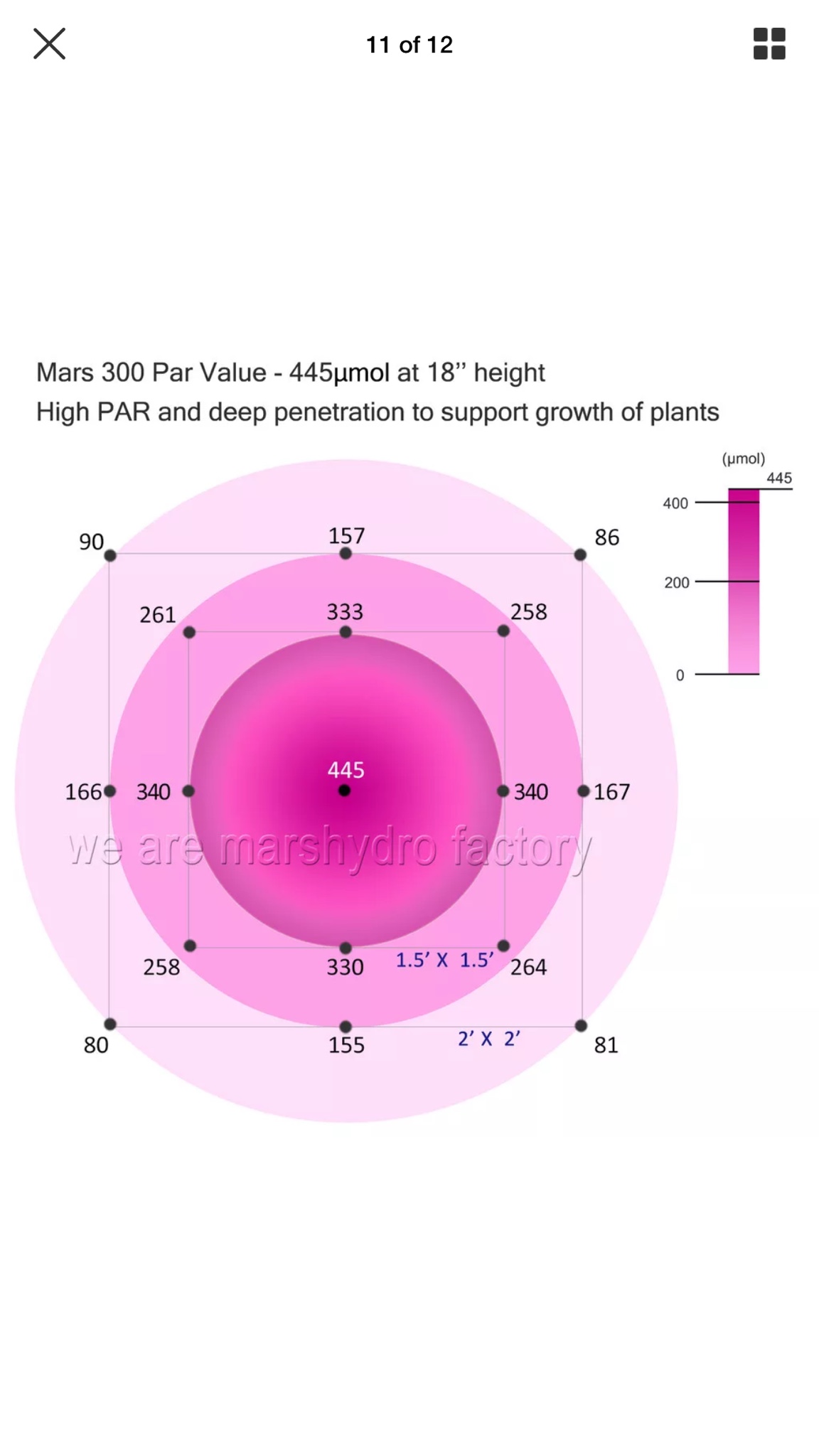 Sent from my iPhone using Tapatalk
Last edited by Volmen on Fri Oct 20, 2017 1:35 am, edited 8 times in total.
Volmen liked this

Keep an eye on your plants for leaf-burn from excessive light.

This is too bright for some species.

After a month, they were still unhappy with the high light level, so I moved them down to a lower shelf under a smaller light.

I wouldn't yet. Try it out out 18. If they do ok then maybe try a couple inches closer. You don't want to burn your plants.
KategoricalKarnivore liked this
A garden to walk in and immensity to dream in--what more could he ask? A few flowers at his feet and above him the stars.
Victor Hugo, Les Misérables

The model I got is only a 50w replacement but that’s more then enough for my setup, and It even has IR and UV! Yay! I currently only have it about 6 inches away. 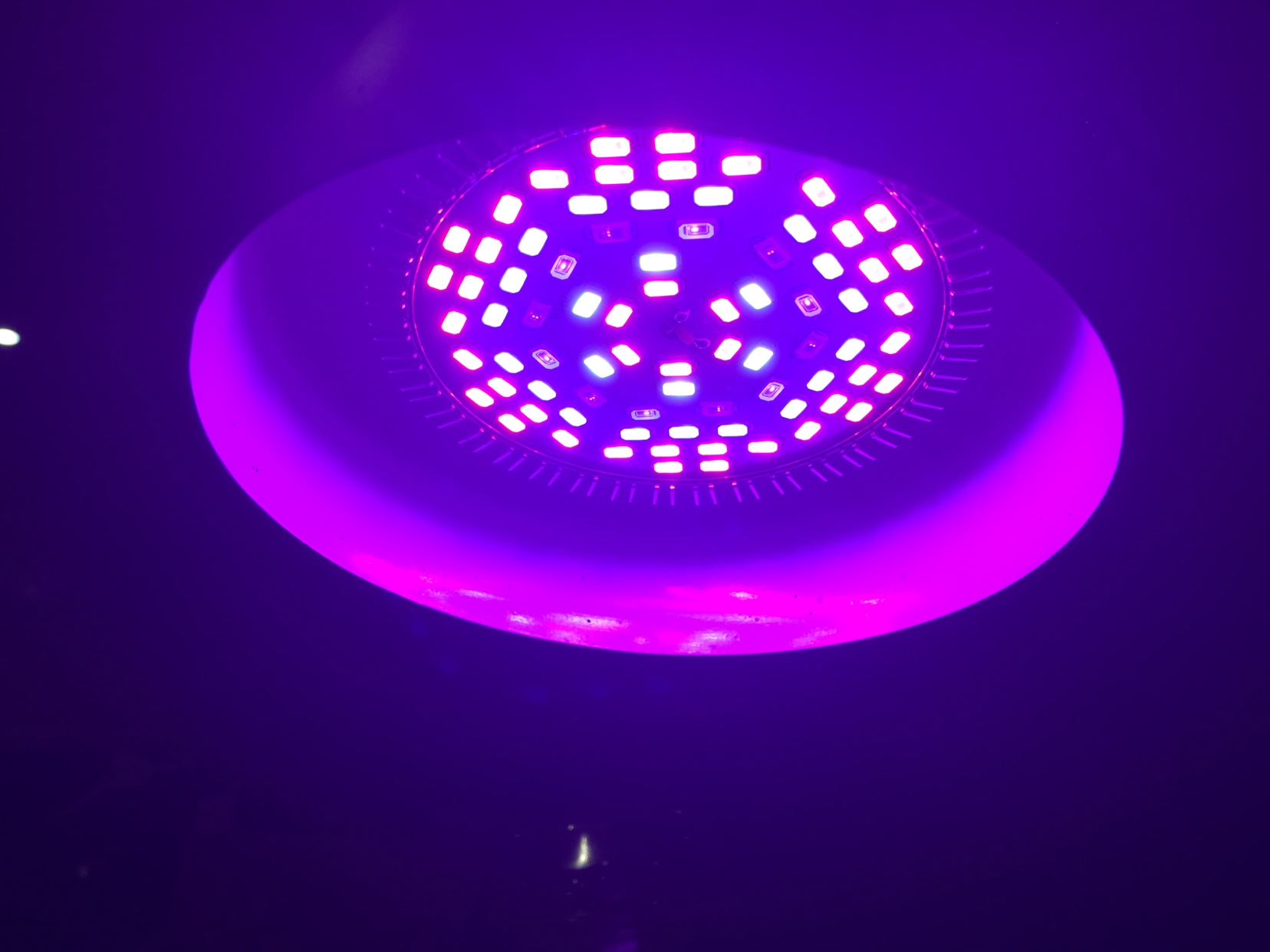 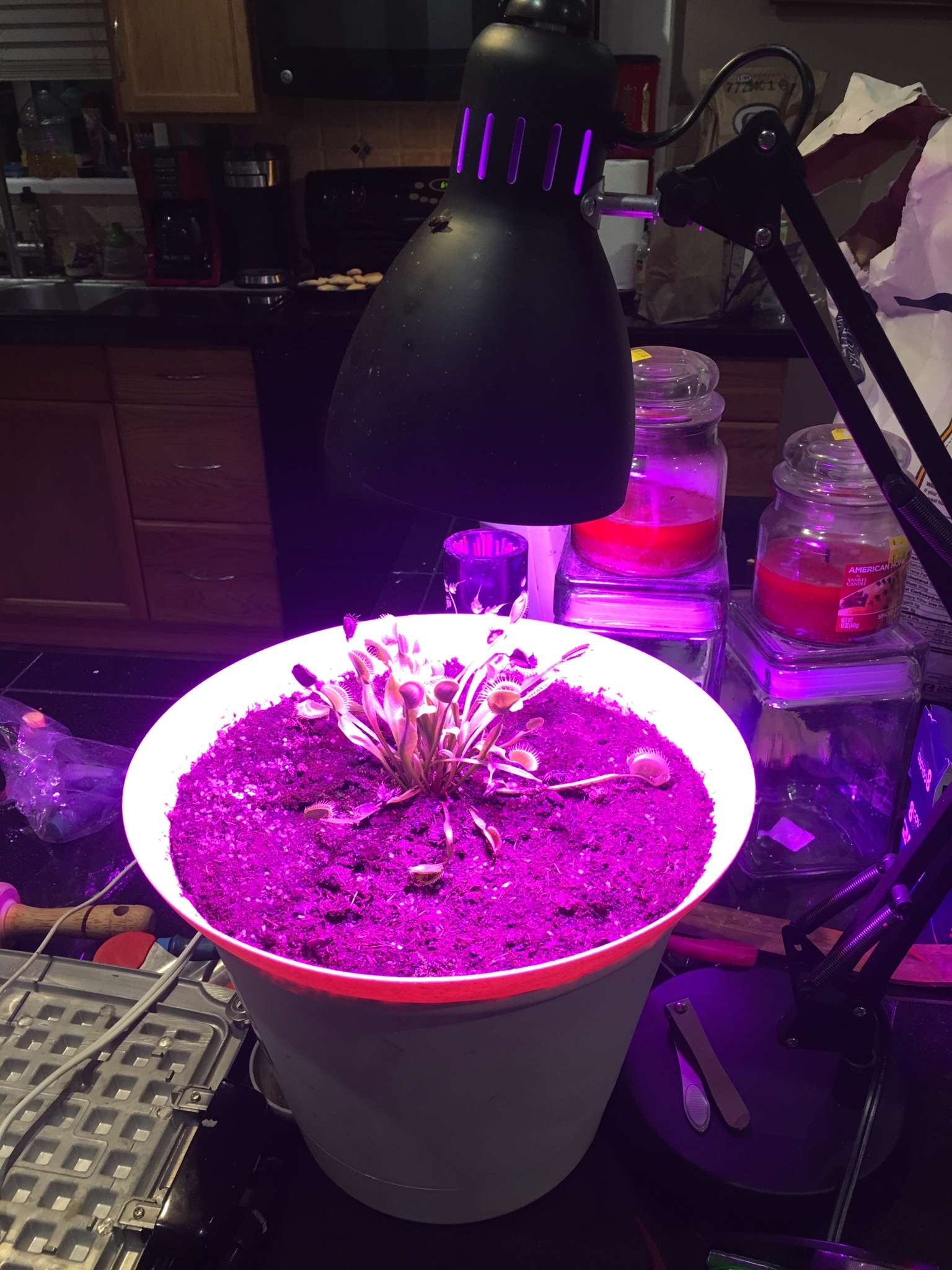 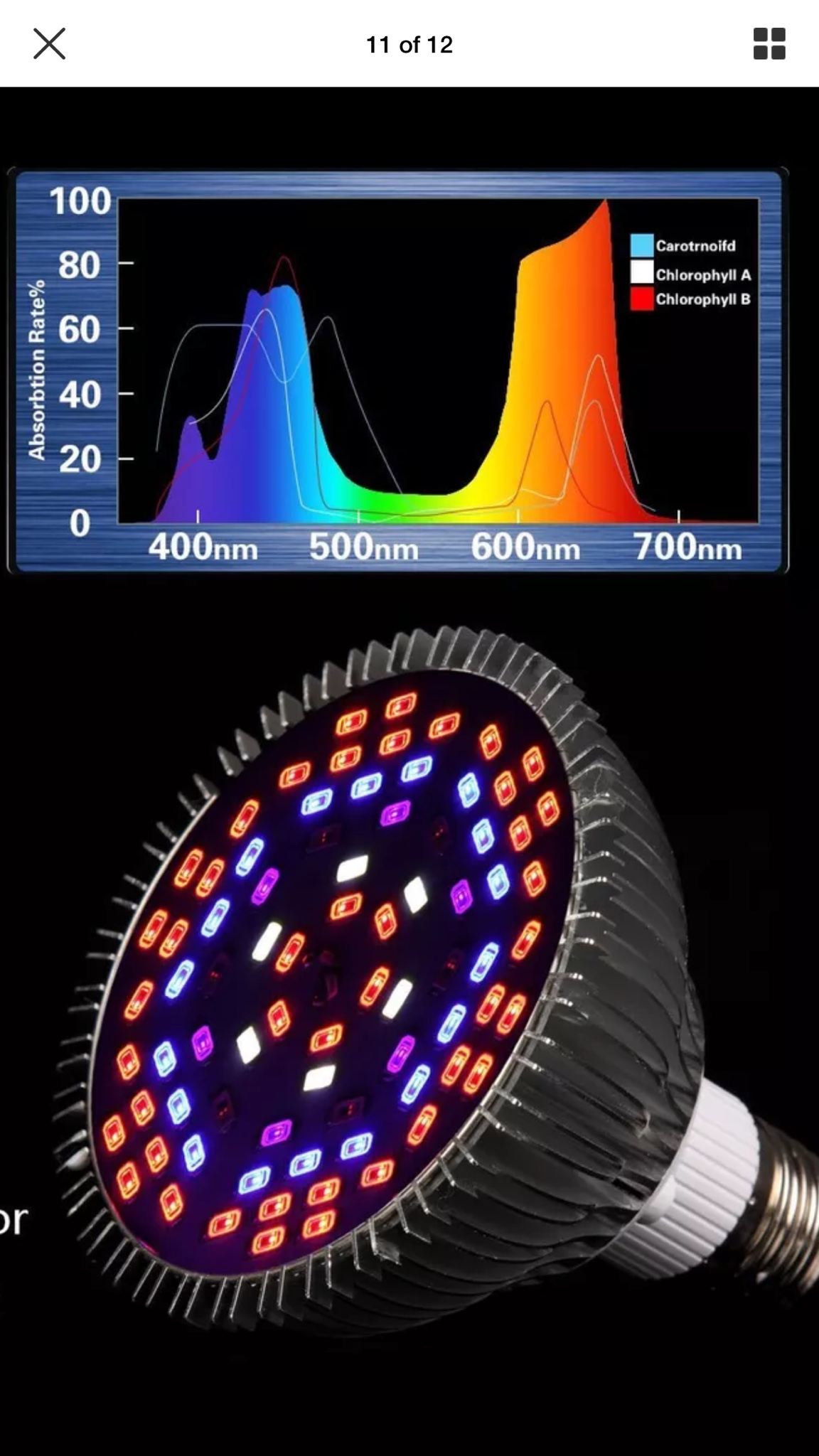 
Sent from my iPhone using Tapatalk
Bob Beer liked this

Volmen, I looked at getting just bulbs but I'm pretty sure I'm going to expand my collection and I would need a 1 bulb and fixture per plant and that would end up costing me far more than the hydro 300w. I still might pick up one more just to have on hand.
Mistakes were made

Getting some nepenthes after going through his sel[…]

Thread with pictures of ripe flytrap seed heads, i[…]

Hello everyone I wanted to share a video of me fee[…]