If i decide to go with a CFL, what wattage or lumen output should i look for? what color temp still 6500k? and how far from the plant 8inches or so?

MasterShake2129 wrote:If i decide to go with a CFL, what wattage or lumen output should i look for? what color temp still 6500k? and how far from the plant 8inches or so?

Im planing on buying a custom made LED set for my new 36x24x36 inch terrarium in which id be growing a few Nepenthes, Sarracenia/Heli along with some and i was wondering whether i'd need more blue or red lights and in what ratio?
Last edited by Sharoman on Thu Dec 06, 2012 8:15 am, edited 1 time in total.
Top

Red & blue lights are better because they use the best spectrum for plants.
it's just a matter of not wasting any energy on frequencies that the plants don't need\use(white yellow etc)
the only draw back is the fact that we can't really see red light so well, after a while our eyes just ignore it almost completely, so you won't be able to see your plants very well. there for we must "wast" energy on ""useless-light"" such as whites and yellows which work best for our eyes.
But I second the question of what ratio works best?
Top

That all really depends on your goals. Blues in the mid 400 nm range are preferred for vegative growth, while reds very near 660 nm are preferred for flowering. The ratio of Reds and Oranges/Yellows and Blues is still not an exact science. I've read a patent on efficient led usage for home growth, that stated the most efficient ratio to be 12 red to 6 orange to 1 blue diodes. With that ratio, it would seem that the setup would promote great flowering results. I will see if i can find that patent again if anyone is interested.
Top

From what i understand so far ill need to use red and white lights (as Zikko explained), but i dont see the reason for using orange ones...
also, if my ratio is 12 red to 6 blue, than would ill need the same ratio for red/white?
Top

I don't know anything about LEDs, just browsing but...

Steve are you aware that LED master website has the same picture as your setup under the "Tissue Culture Kits" section?
BS in Biology
Still not an adventuring biologist, dang it.
Top

Hello,
for the folks who have been using the LED GlowPanel45 for a few years now: how are they holding up? Any comments? Looking to buy some TC VFT's this spring from the FTS (since I'm from Canada). Is this unit still recommended to aclimatize these "fragile" plants? Thanks

*Edit* anyone can answer this

"The dionaea, one of the most wonderfull plants in the world" Darwin
"La nature ne fait rien sans objet" Aristote

My Growlist
My Wishlist
Top

Hey yalll! Just bought a new LED thought I would share its only been day 2 since its running but boy its made most of my plants under t5's bend towards the LED which I'm pretty surprised they also get direct sunlight during the day.
Added a new LED to the grow room. Brand: Black Dog LED model: BDmicro-U its a 135w true power of blinding light!

This is my third LED I have and most expensive but the company offers a lifetime warranty which is something unheard of plus they have been around. MJ growers are quite familiar with the brand.
Also think this one will out preform my other two which are a 270w Blackstar Gothamhydroponis veg light and 90w Blackstar Gothamhydroponis veg both of them run much hotter then the blackdog which runs almost silent.

The other two LED's I have push out hot air while the black dog conisitantly pushes out cold air. They have two giant fans on the back for venting. Its a pretty thick model but seems pretty sturdy not flimsy or not put together well.

Ill let yall know how it goes but so far my CP's love it! Always when I give them LED light they explode with growth compared to any other lights I have used(CFLs, t5's, MH's, and daylight usually filtered though).

Let me know how that thing works for you, Godly. Interested party.
Top

Well its been about four or three days since Ive started using Black Dog LED and majority of my pitchers have starting growing new pitchers that are outgrowing my warm green house! I have a 2ft 4bulb t5 HO in the greenhouse and the LED is angled towards the entire greenhouse and so far most of the upper canopy is starting to bend towards the LED. The pitchers are growing pretty tall which Im not very use to they use to be under 2ft tall but seems to be exceeding it this time.

Heres some pics of progress wish I had a better camera.

Sharoman wrote:From what i understand so far ill need to use red and white lights (as Zikko explained), but i dont see the reason for using orange ones...
also, if my ratio is 12 red to 6 blue, than would ill need the same ratio for red/white?

If u look at the Chlorophyll a (the things that make the plant look green and are the biggest source of photosynthesis) spectrum, u will see that blue and orange are abosorbed best.

Red as far as i know is tricking the plant it is starting to become winter. (more red radiation is present in when the days get shorter) 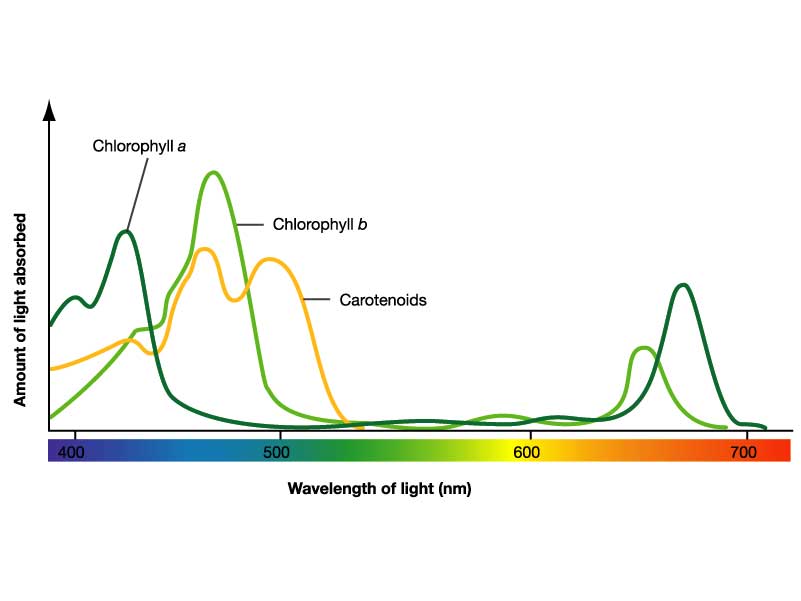 Well, here is an update.

The Growpanel 45 from Sunshine systems that I bought a couple Years ago are still doing alright, but somewhat dimmer. Pretty pleased and became a Dealer as I wanted to sell to My Customers in My Jewelery Store as I sell Venus Flytraps there as well.

The new Generation of Growpanel 45's are CRAP ! !

Their Chinese manufacturer is putting cheap power supplies in them and they are not lasting at all.
I have bought 6 and all but One are dead; flickering, going out, etc.

I called and got an answering machine, no return call. I suspect They are full aware and don't want to lose Their Ass on the many potential returns They would have to honor. I lost a few hundred Dollars. Threw them all away.

Shame; as their older ones (before You could daisy chain them) were really good.

I see on Their website They put Their phone number back up and are no longer offering the Growpanel 45. Where were They When We needed Them?

Gary Gipson
The Beatings will continue until Morale improves!
Top

Gary that sucks to hear.