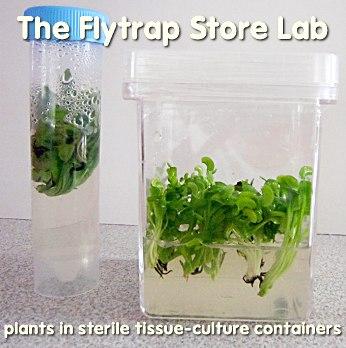 We breed, develop and grow our own plants. Almost all the plants sold at FlytrapStore.com are grown in our tissue-culture lab, indoor growing areas and greenhouses from the beginning of their life to the time they're shipped to their new home, not bought from other sources for resale. In addition to our nursery-growing operation, the Flytrap Store maintains an active breeding program and tissue culture laboratory to develop and propagate interesting, colorful and superior clones of Venus Flytrap and other plants.

The Flytrap Store produces a large quantity of hand-pollinated seed from many self-pollinations and cross-pollinations among the wide variety of colorful, rare and superior Venus Flytraps we grow. We germinate some of the seed produced from this careful pollination both in vitro (in sterile tissue-culture containers) and by regular germination in an appropriate growing medium, and we sell this same seed to the public worldwide at FlytrapStore.com, allowing anyone to share in the excitement of growing genetically unique and potentially unusual, interesting or superior Venus Flytraps from the same seed we use in our breeding program.
Of the thousands of Venus Flytraps we grow from seed for observation and evaluation, a small percentage of them attract our special attention. We continue to grow those plants for further evaluation, and after a while (typically 1.5 to 2 years), if we consider a plant to be an especially interesting Venus Flytrap, we propagate it in sterile tissue culture to make many clones of the same plant.

At the Flytrap Store Lab, a Venus Flytrap or other plant that is considered special is reproduced asexually in sterile tissue culture containers in order to produce many genetically-identical clones of the same plant for sale and distribution. The plants are grown in these sterile conditions for weeks or months, then deflasked (taken out of their sterile containers) to be grown first gently and with special care in our indoor growing areas under artificial light, then grown further and hardened (acclimated) in our greenhouses until the plants are ready for sale. The entire process of growing a Venus Flytrap from seed, evaluating it, propagating it in tissue culture and then growing it to sale size can take from two to three years or more.

New and in Development at the Flytrap Store

Venus Flytrap and other plant clones we are developing at FlytrapStore.com— 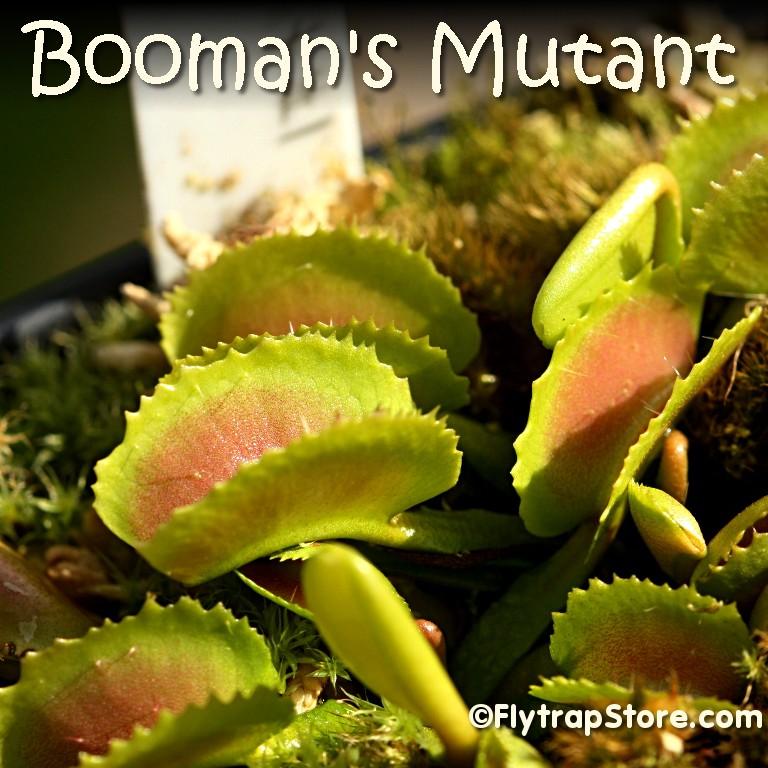 Booman's Mutant is a new Venus flytrap variety that is being cloned for distribution by Matt and the FlytrapStore. This plant was sent to Matt from Milo Booman of Booman's floral, a large commercial carnivorous plant retailer, back in April of 2012. It has a very unusual appearance with no marginal spines (teeth) and thick traps often with an abnormally high number of trigger hairs!. 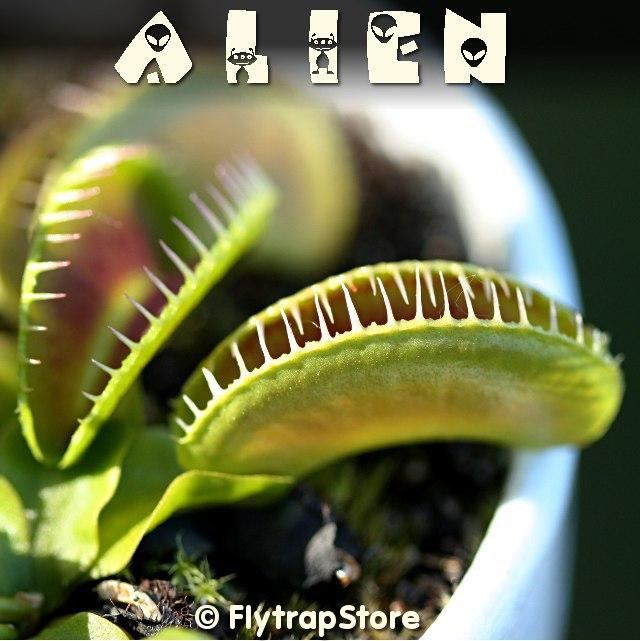 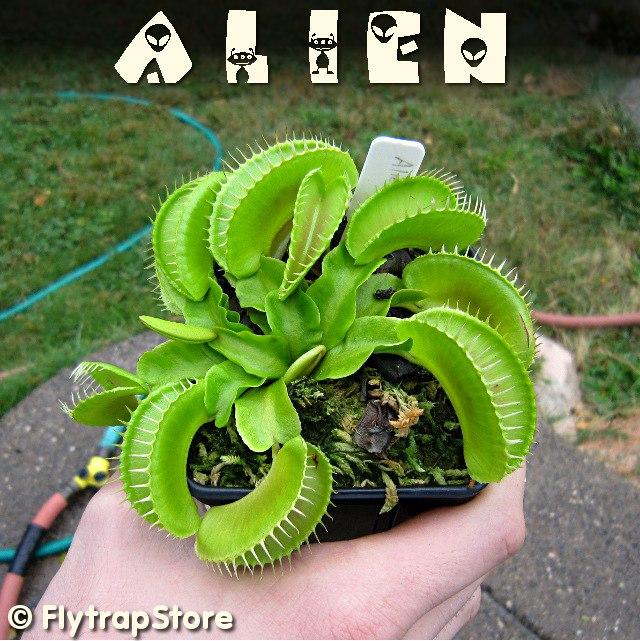 'Alien' is a Venus flytrap clone originating from Europe that has extremely elongated traps and unique looking teeth that give it the appearance of the alien from Ridley Scott's famous film. Alien is currently being propagated in the Flytrap Store Lab.

All of us here at FlytrapStore.com are proud of our special Venus Flytraps and are pleased to be able to develop and offer them for sale and worldwide distribution. These include FTS Lunatic Fringe, FTS Kilauea, FTS Vesuvius, FTS Etna, FTS Maroon Monster, FTS Bear, FTS Flaming Lips, FTS Shogun Star, FTS Crimson Sawtooth, The WIP family of Venus Flytraps, the BZ family of Flytrap clones, the impressively large DC XL and others, all exclusively originating from the Flytrap Store Breeding Program and the Flytrap Store Lab.