Hello everyone! It's been a while since I last made a post here. Hope you're all doing well.

In the last few months I've slowly grown my collection dramatically, although that subject might be reserved for another post.

Since I've finally kept quite a few flytraps alive through last winter, I was finally able to reap that success: flower stalks, and lots of them. In the last couple of months I've started to collect all of them once they grow long enough. I experimented with dropping them in a peat/perlite mix, same with a dead long fiber sphagnum mix and by itself. Waterlogged and moist. Lots of combinations. Sadly it ended almost always in failure, except a single plant. It eventually died.

Fast forward to a few weeks later. I decided to hoard more flower stalks and I then tried to drop them in my seemingly powerful container full of live sphagnum moss. In there almost anything that's half dead recovers, even if it's rotting or just a single leaf.

I wasn't really expecting too much from this considering the conditions within are a bit more waterlogged than what most dionaea like but I gave it a try anyway.

The results? I'll let the pictures speak for themselves. This is about a month in most of them, some a week or two longer. This one was one of the first strikes. The flower stalk itself had a strike Here's one of the very dense clumps forming Here's the oldest ones just getting transplanted into a peat/perlite mix. I was extremely surprised to see such an incredible amount of success. Pretty much a 100% rate of strikes on all flower stalk cuttings. Laying them down did the best when it came to how many plantlets grew. I had heard a few times only one plant tends to come out of a single cutting but in here they're going wild. Again, I am amazed with the 'magic' live sphagnum produces with almost everything. In there they can even handle semi-waterlogged conditions with their rhizomes nearly or completely submerged.

Now I'm just hoping I get a few more stalks to start some more cuttings. Have a great weekend!

-  Sat May 28, 2016 5:27 am #263680
I also only use sphagnum moss for cuttings. I don't keep the sphagnum too wet but keep them covered to keep the humidity very high. Looking great! Glad you figured out what works!
My GrowList

-  Sat May 28, 2016 2:00 pm #263717
Nice! I also use LFSM almost exclusively when trying to propogate flower stalks. Seems to work the best.
A confessed carnivorous plantaholic

-  Sun May 29, 2016 12:21 pm #263791
Great to hear! Yes we are usually told to put the stalk vertically, which means there is a limited point that can possibly grow new planlets. But apparently placing it horizontally in the right growing medium works very well too!
omnipercp15 liked this

-  Sun May 29, 2016 2:44 pm #263808
Earlier this year, I cut the scape from a Typical and stuck it in a test tube of distilled water as an experiment. It did not strike yet and looks like it's starting to rot. The experiment showed me here is a technique that doesn't work.

I just cut my "Akai Ryu" flower stalk yesterday. I put it in some live Sphagnum Moss in a 100% humidity environment. I cut it into two 1 inch pieces and inserted it vertically.

After reading your post, I'm going horizontal next year.


Thanks & Good growing,
Mike
Check out the FlyTrapCare Community Seedbank

-  Thu Jul 28, 2016 3:33 pm #269896
Very interesting. I read an article in the June 2016 issue of the “Carnivorous Plant Newsletter” about Venus Flytrap leaf pullings and the author keeps the leaf pulling in demineralized water (no soil of any kind) and 12–14 hours of artificial light. He also got an almost 100% success rate. So I am assuming over watering is not a great concern from flower cuttings or leaf pulling as they develop.

Shadowtski wrote:I just cut my "Akai Ryu" flower stalk yesterday. I put it in some live Sphagnum Moss in a 100% humidity environment. I cut it into two 1 inch pieces and inserted it vertically.

After reading your post, I'm going horizontal next year.

Here's an update on my previous post. I moved the "Akai Ryu" flower stalk to a horizontal position in my live Sphagnum Moss container. Just the other day, I noticed multiple strikes. It took about two months for growth buds to appear. Live Sphagnum is the magic elixir.

-  Fri Jul 29, 2016 4:59 am #269939
This post helped me get my first strike. I've had 2 flower stalks sticking out vertically next to the mother plant in LFSM and they hadn't taken for months. After reading this post, I put them horizontally in LFSM under a humidity dome with a good amount of water and 1 of them now has several baby flytraps. They're so small, they're hard to see. Thanks!

-  Fri Jul 29, 2016 5:04 am #269940
I will definitely be going horizontal next try. I have tried vertical twice and rotted. Last time I finally had babies coming out, then suddenly I couldn't see them. Completely rotted out in maybe 2 days.

Sent from my SM-G920V using Tapatalk
My Growlist


Sent from my iPhone using Tapatalk

-  Mon Sep 12, 2016 5:08 am #273751
I find that when you don't have flower stalks readily available , the next best thing is to pull off the old dying chunk of rhizome with a few leaves and roots attached, and that will produce strikes in about a week, and start opening up some traps after 5-6 weeks. The bigger the rhizome mass the better if you don't mind sacrificing some of the size of the plants new traps that the division is off of.

-  Sun Apr 09, 2017 12:09 am #290125
Sorry for the awfully late update. After months of ignoring and letting the live sphagnum/germination/recovery pot thrive with a bunch of flytrap flower cuttings it was time to open it up and pull out the little fellas. I'm not even half way done and I'm sure I got at least 30 out. Oh boy is this a nightmare.

Before I took in this adventure a few hours ago. 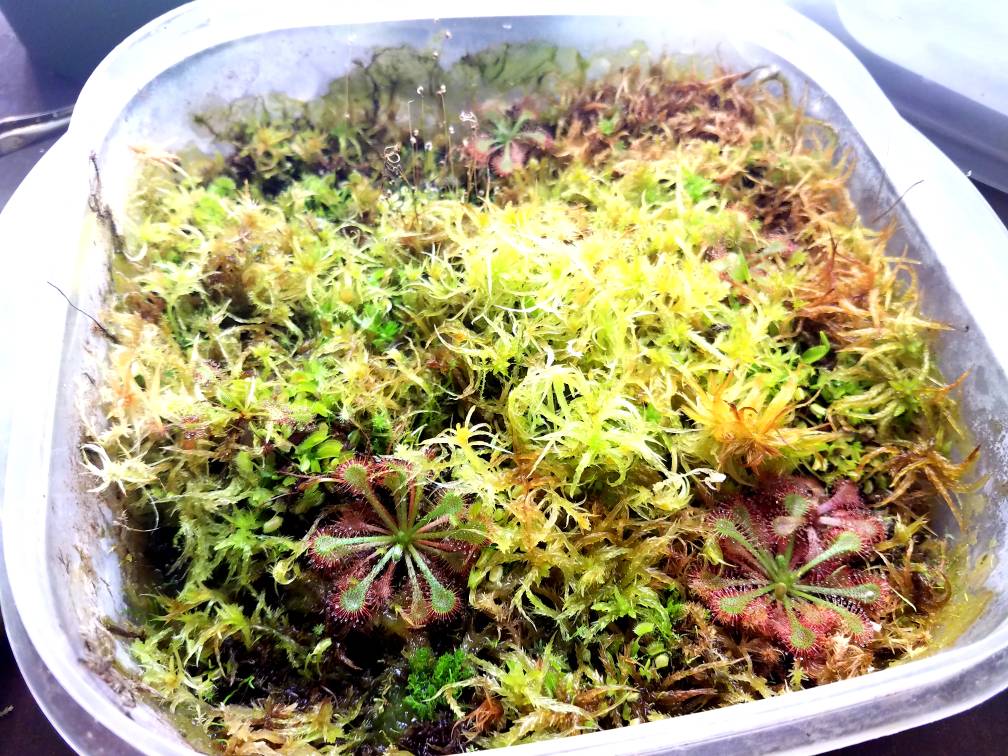 Close up on the trapped youngins 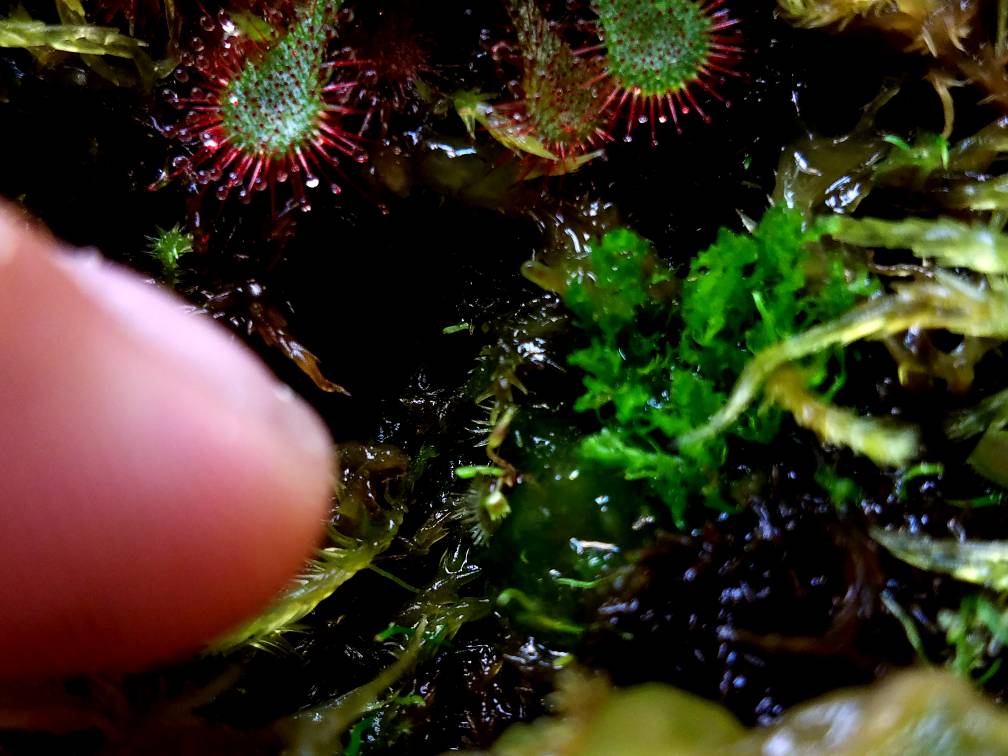 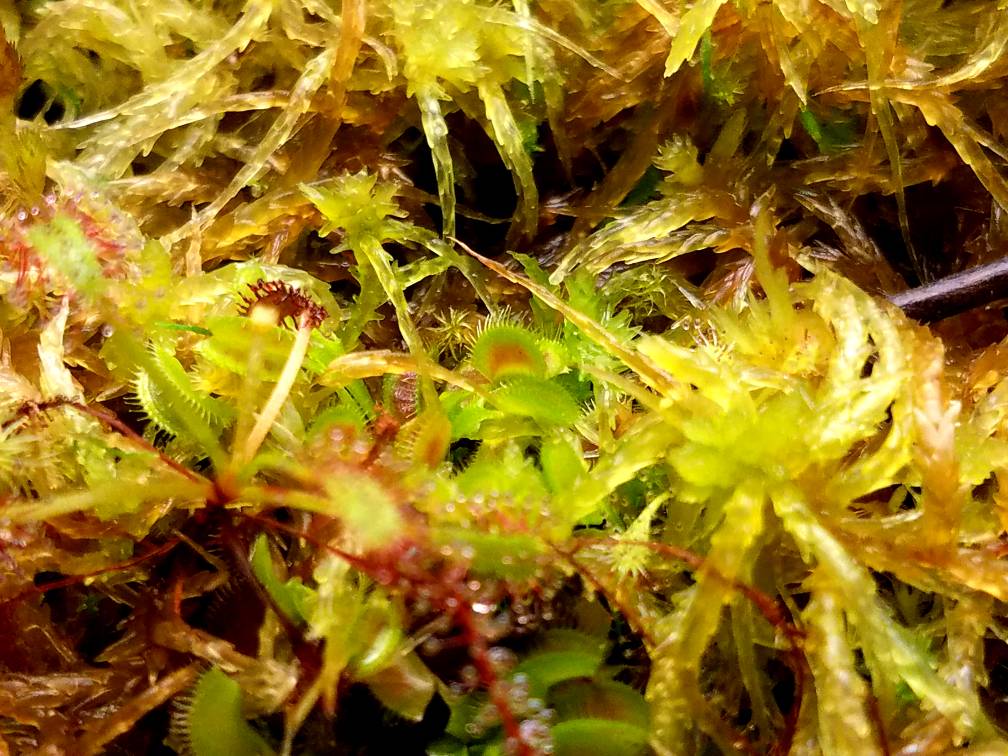 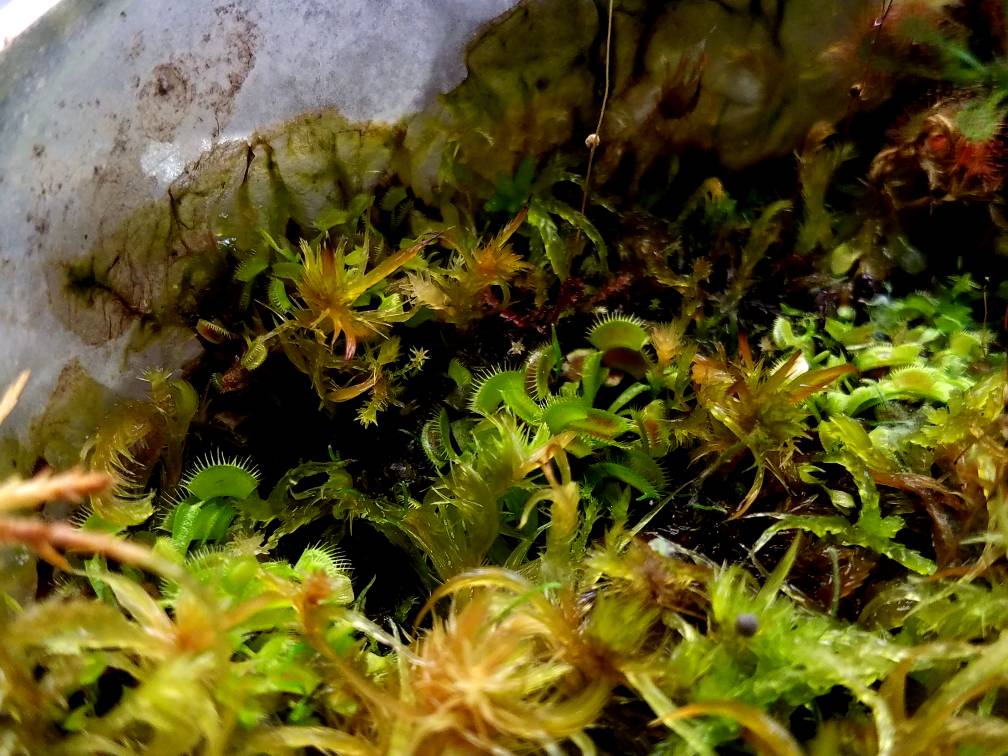 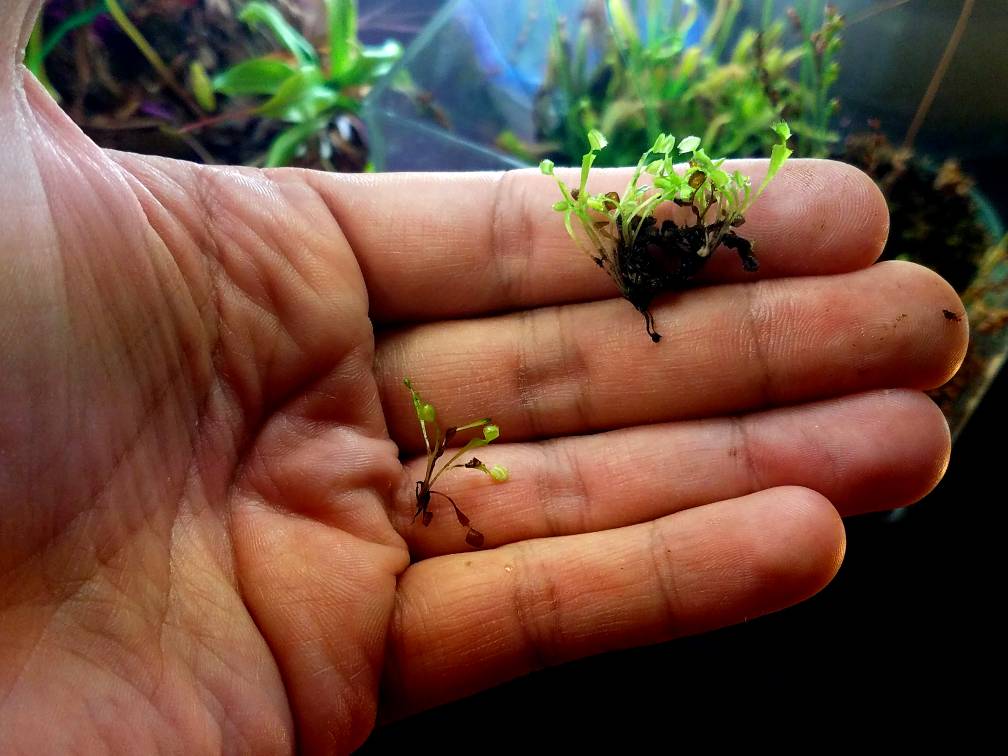 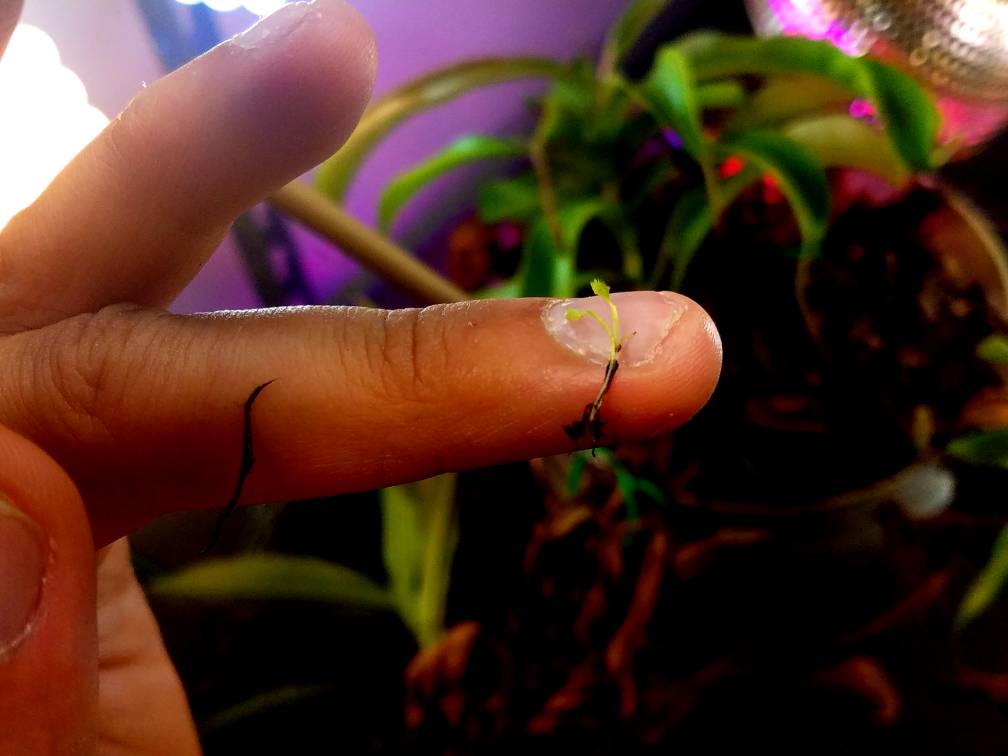 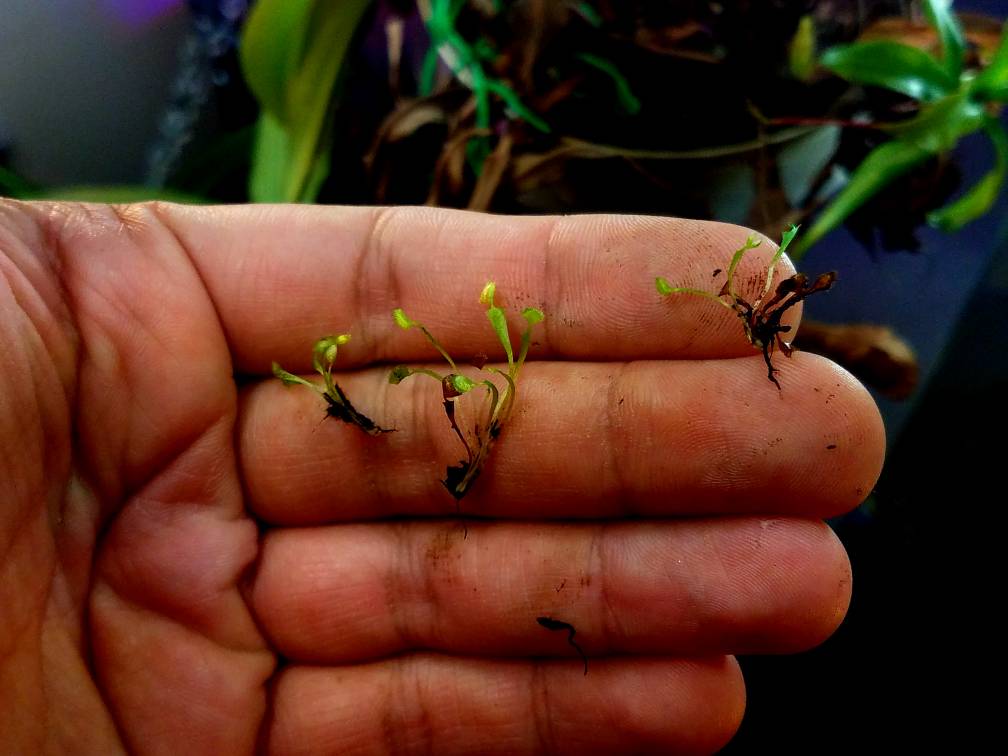 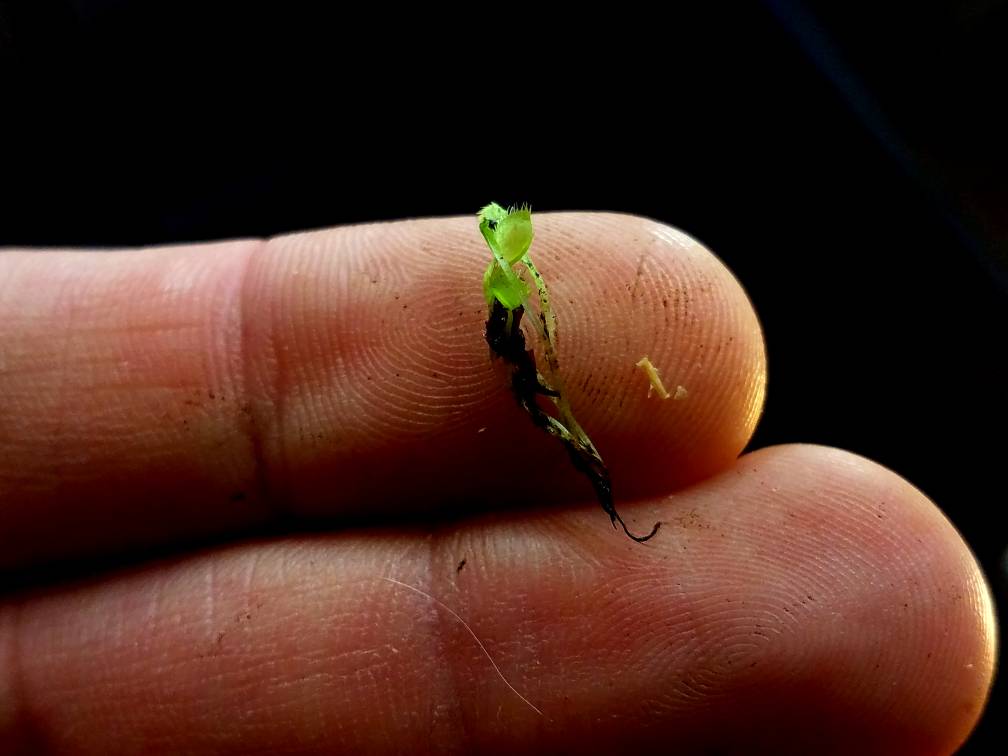 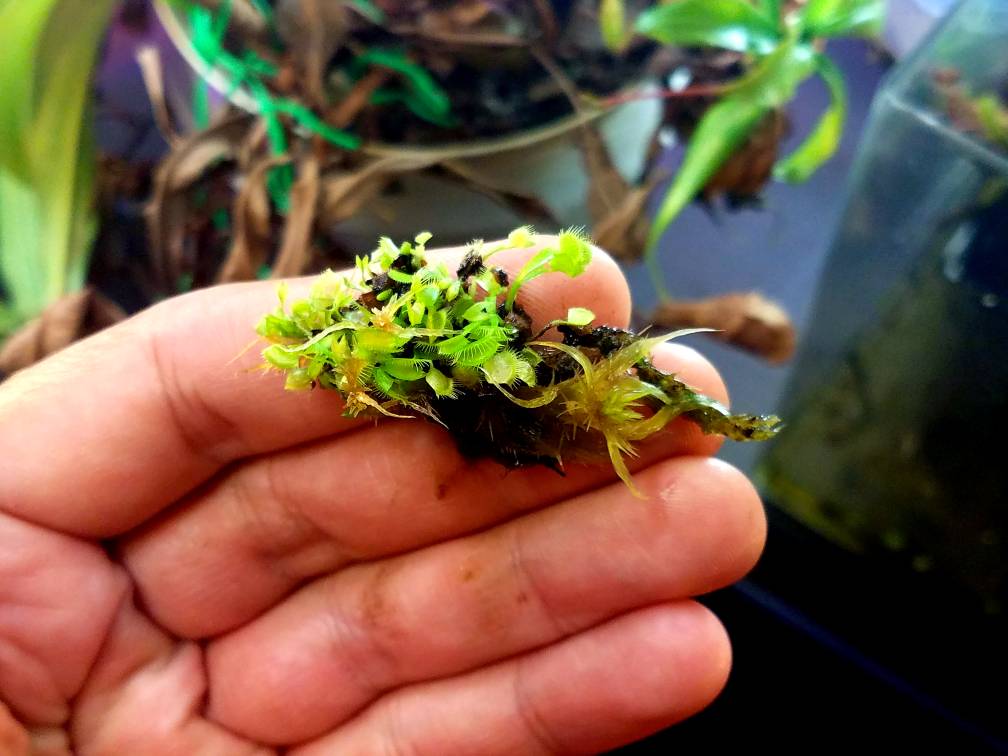 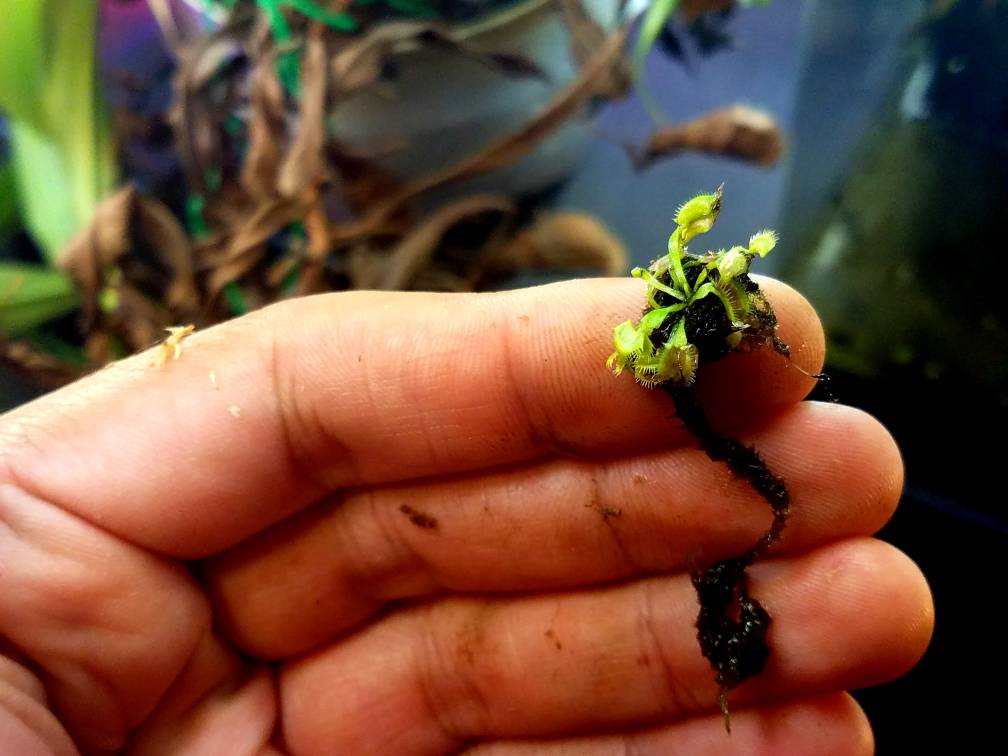 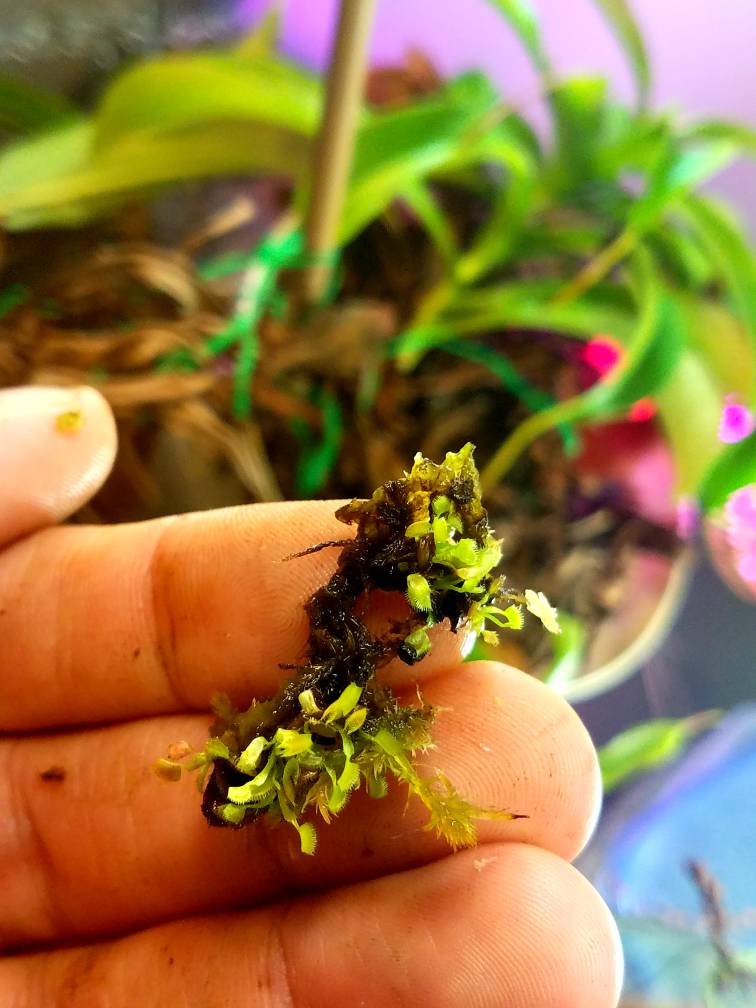 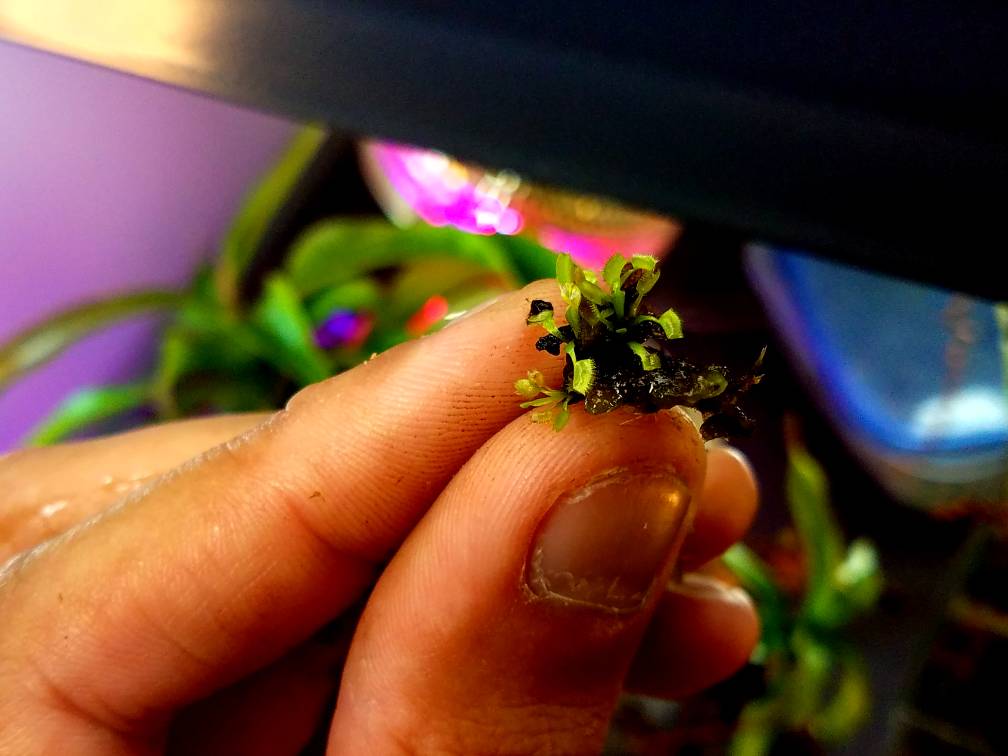 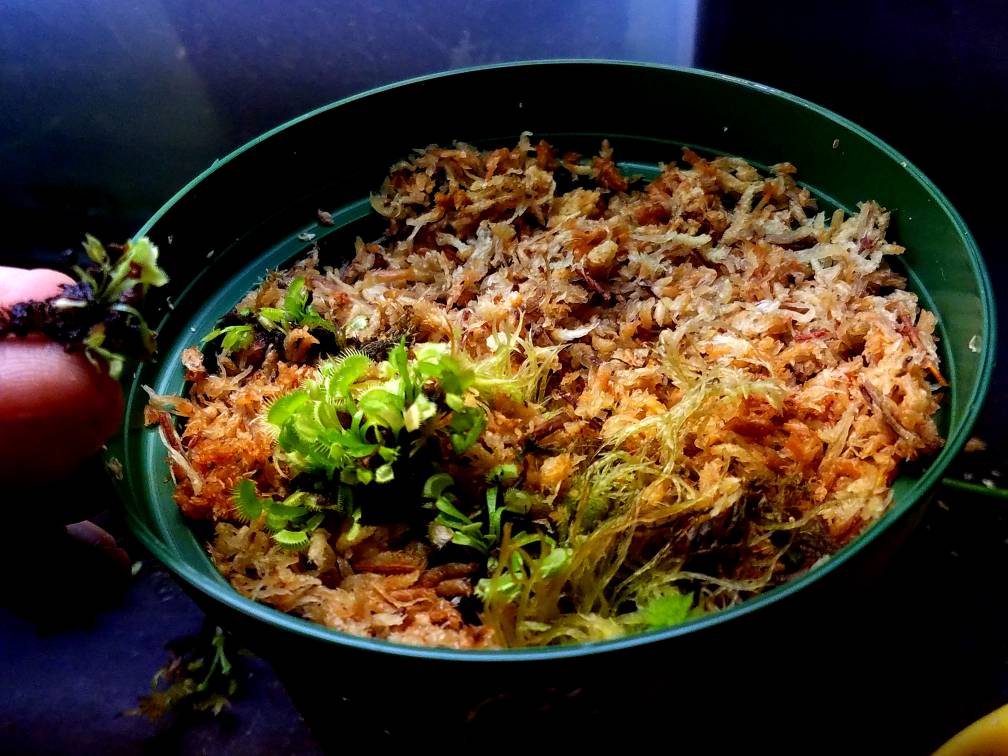 Hey, when were these harvested? Sent from my S[…]

That foliage and stem look dead. It may sprout pl[…]

Welcome to the party! :mrgreen:

The seeds were mailed on August 6th, and the winne[…]

Thank you very much, I hope it works soon🤞 I reall[…]

Lol thanks Adriana. Ive had the gravel for a coupl[…]