Have excess seed? Share it with other members here.

And so the quicksand rapidly rises above my knees...

-  Sun May 08, 2022 1:48 pm #410349
Having just read your introduction post thread, I feel we're kindred spirits. I also had to endure the circus that is a Worlds competition in the Florida area a few years back before I dove back into the calming world of carnivorous plants. That quicksand comes fast, but soothing.


Order received.
Your order number is 0947.
I'll PM you shortly with a mailing address for your SASE.
Thank you for your order.

Reminder to all:
Please remember to write your Forum username and order number somewhere on the envelope or in a note.
I don't have access to a cross reference of real-world names linked to usernames.
Remembering these things helps me fill orders quicker.
Thank you.

Happy growing,
Chef
Intheswamp liked this
Everything happens for a reason. Sometimes the reason is that I make bad decisions.

-  Sun May 08, 2022 5:52 pm #410383
Thanks, Chef! Thankfully, the missus and me didn't have to make the trek down to Orlando. My daughter and SIL took our three granddaughters down to Orlando for the cheer competition. My daughter texted me a photo of her and my granddaughter with the granddaughter wearing a "SUMMIT" badge. I texted back "What does that mean?". Though my SIL hadn't texted anything during the trip, both he and my daughter texted back "IT'S OVER!!!".....my granddaughter's team did great but not quiet good enough to make the top-five...I think they were relieved.

They went on to meet the princesses at Disneyworld, etc.,. They called this morning talking a little of about some of the rides they went on. I commented that (30 years ago) the worst ride for me (with my two daughters) was the "Tea Cups". My SIL instantly busted in that it was the worst for him, too! My daughter said he had to sit out the next ride they took and she told the person at the gate it would only be four of them for that ride due to "having a 'man down' from the Tea Cups".<LOL!!!!>

Anyhow, sorry to rattle on...I'm good at doing that.

I just dropped a SASE in the tin can beside the road for the lady riding the donkey to pick up tomorrow. Her donkey's name is "Speedy" so you should have it in a few days. She should make it by tomorrow providing she's not on a bender, again.

Also, if the outer envelope looks like it's been open it's because it has

....you remember to put a stamp on the *SASE* when you come back to the sealed outer envelope with two stamps stuck to your fingers.

Everything in between just hit me right in the feels. Brutha!!!
Been there, done that, seen the movie, bought the T-Shirt, read the book, and whatever else might be associated.
Kindred to the end.
Chef!!!
Intheswamp liked this
Everything happens for a reason. Sometimes the reason is that I make bad decisions.

Happy growing,
Chef
Intheswamp liked this
Everything happens for a reason. Sometimes the reason is that I make bad decisions. 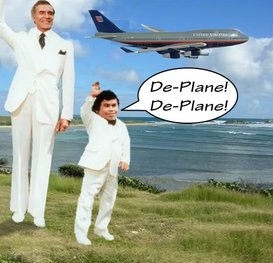 I had to run out for a few minutes and *of course* the mail delivery later and "Speedy" the mule came by while I was gone. But, I foiled their plot to cook my seeds in the tin can beside the road as I was only gone about 50 minutes!!! They were barely warm to the touch (no oven mits needed!)!!!

So, this is my official "the eagle has landed" notice or maybe...or maybe it was "De plane!!!"

Thanks Chef and everybody else that made this possible...not forgetting my agent, my third-grade teacher who encouraged me that I *could* be the back half of the horse in the school play Don Quixote, and to my best friend who should be getting out of Leavenworth any day now!!!!
Panman, evenwind liked this

Doesn't look out of the ordinary to me. I gue[…]

Anyone want to steal it first? :idea:

I had a nasty gnat infestation for awhile and adde[…]

Hummer's Hammerhead is an interesting one and it d[…]

Camden, this will be a day you remember the rest o[…]

Unless it's sold as a named cultivar by a reputabl[…]