Hey, remember me? (just a couple of questions here)

Ah well, whatever. Anyways long story short, I started buying some plants last year. I was doing okay despite running into various issues such as location and my little brat of a cat. But later that year I moved, the location did make the whole winter dormancy thing tricky...I tried, but at least most (I have a cape sundew) of my plants got SOME months of rest before it started snowing and all that.

That said, I do know that my plants need new pots, hoping to do this very soon, but I wanted to ask anyways just in case. Do small pots eventually stop plants from growing in general? My american pitcher, after the winter was over, it grew one new trap and it just stopped completely. The trap isn't dying or anything, but it just seemed to stop growing new traps.

Then there's my flytrap, it's constantly growing new traps, but after the traps grew and opened up, they quickly closed again in the next day or so and died out. Apparently it's doing fine because it even gave me flowers, but I don't know if the small pot is doing this or the flowers. I know flytraps put a lot of energy into their flowers, but I don't know if it does this to the traps or not. This is basically my first flytrap that actually flowered. lol

My butterwort is doing just fine and my cape sundew apparently doesn't give a crap about the small pot, I'm still gonna repot it soon, but yeah it's doing perfectly fine.
*insert "AMAZING" signature here*

3 gallon pot, look at the roots! 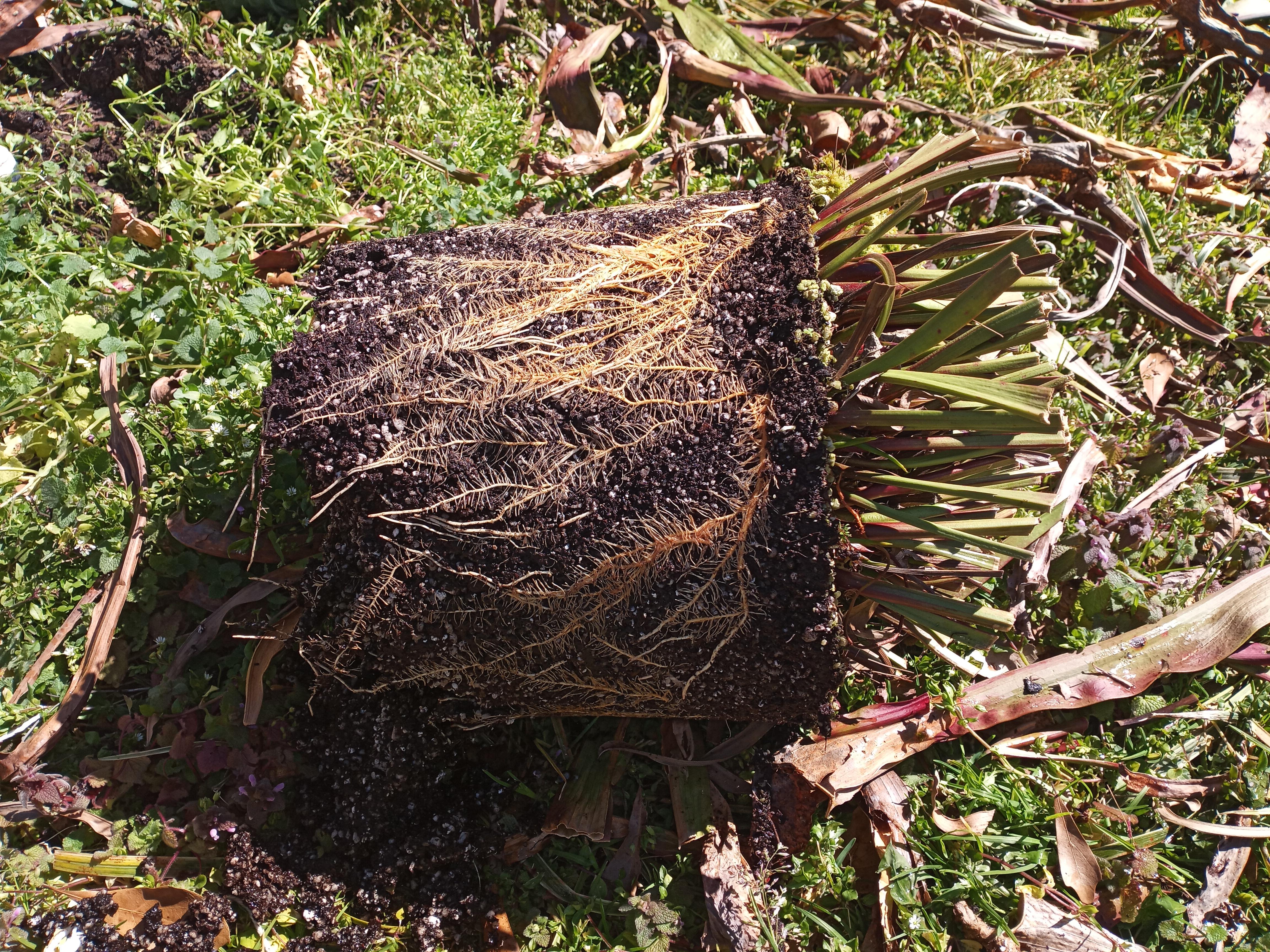 Hopefully I'll repot them soon, just somewhat nervous that I'll screw something up. I get nervous too easily. >.<

EDIT: ...I haven't gotten around to doing this yet...I feel like part of it is just that I'm afraid of messing something up. Despite that...my pitcher randomly decided to start growing another trap for some reason. lol
*insert "AMAZING" signature here*

Glad to hear they arrived in good shape! Hope you[…]

Welcome! I agree that Schuppenstiel is an awesome[…]

Usually no dew means it's not getting enough light[…]

I wasn't selling them here because I don't want t[…]

It depends on the plants, how frequently it happen[…]

While I was away, the postage arrived. Thank you!

Requests are by calendar month. This means you ca[…]