Help me let this Gigantea thrive!

So I’ll preface this by saying Pings are probably where I am most ignorant and still learning. I still get confused on the differences with terms such as Temperate, Mexican Pings, Tropical, Intermediate, etc. Specifically what each means for growing conditions.

Anyway! I am THRILLED to have found a Ping. Gigantea! I sought after one for some time now! What is your advice to help this guy thrive now and onward?

I live in Houston, with a south facing balcony.

Current Conditions:
-Indoors on my grow rack. Under a Yescom 225 light (which other CP’s seem to love).
-Lights are on a consistent 14 hour photoperiod.
-Room temperature with rather ambient humidity, I do have a shower curtain around my rack.
-Soil is what was included from CP nursery. Looks like a peat and small gravel mix, probably 3:1 gravel.
-I am watering by using my spray bottle and misting a bunch of times on the soil near the base of the plants. 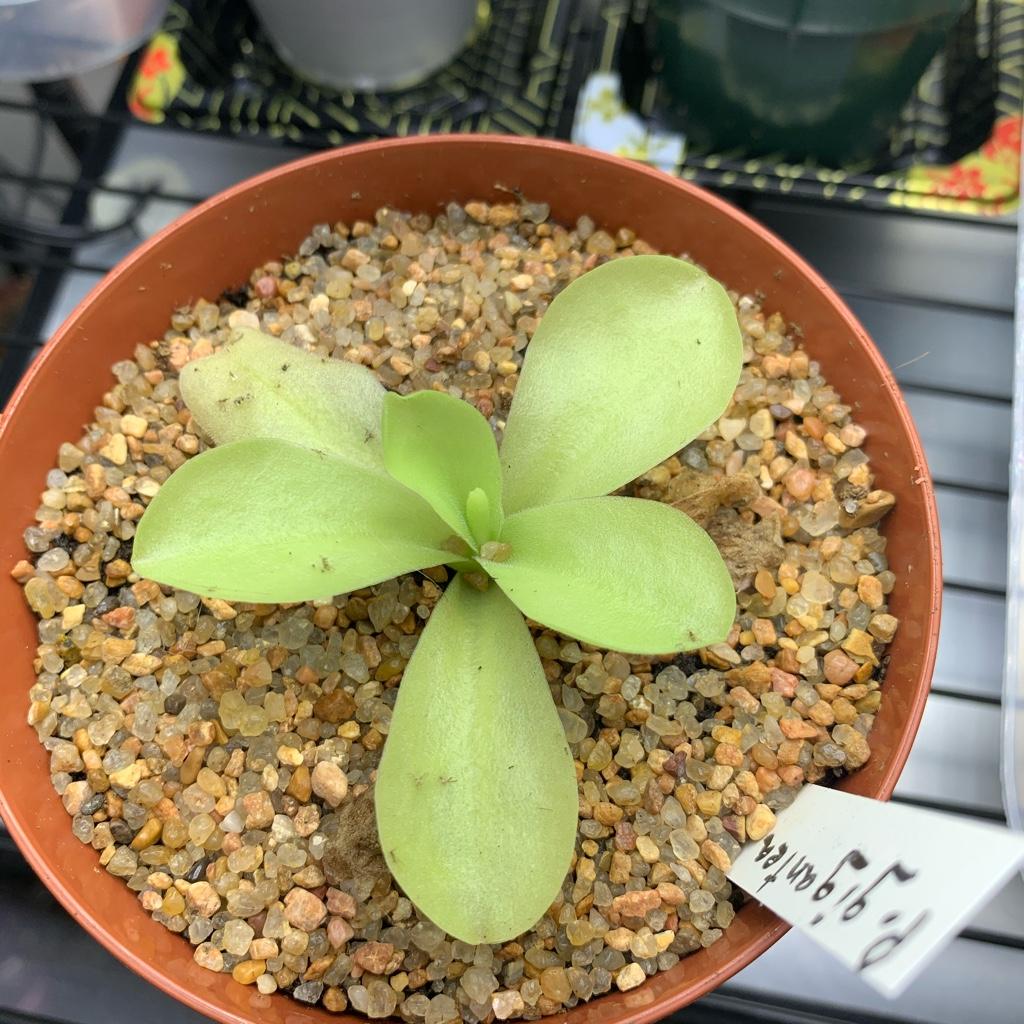 -  Wed Oct 14, 2020 7:28 pm #367356
Pings are weird and people have different responses from them. Some don't grow in some conditions. What I did for mine is I put mine under high humidity. Every so often I watered lightly on the top, but I kept it tray watered. I wanted to simulate humid summer conditions. They like the photoperiod fine. Once I noticed that the leaves had dew on the under side I backed off from top watering. It did its own work eating gnats but I did fertilize it regularly. When I got it, it was an inch and a half. Once it "woke up," it started growing pretty fast. My soil is very porous, which allowed me to be more liberal with watering, I'm sure. I had it in a mix of equal parts peat/perlite/pool filter sand/turface, and 1 tbsp of dolomite/calcitic lime, as ICPS recommended. I have that one growing under T5HO lights. Temperatures are roughly 77 degrees. I also have a pulling from it under Yescom lights like yours and it's doing fine. I find pinguiculas overall grow more rapidly in higher humidity conditions, though some don't appear to like it long term.

gigantea is a little different with its winter phase. I know a lot of people top water but if the soil is relatively dry, the plant will respond to those conditions.
Today I will do what others won't so tomorrow I can do what other's can't. Carnivorous Plants for Sale! -> topic48806.html
My Grow List

note that it goes into dormancy by reducing the surface of its leaves,unlike other Mexicans

Reply
Return to “Butterworts”
07 May

She is growing faster than I expected. 2 traps hav[…]

Aww. Very cute selection of fishies! I miss having[…]

I'm starting to believe you could dump maxsea powd[…]

Whats the trick to pollinating these? I had flow[…]

I'll certainly see about getting some Avid from y[…]