And most recently, a Sarracenia alabamensis! Wow. I have had fun (and continue to have fun) running the contest so let's keep it going!

This month, we want to see your babies all grown up. Let's see pictures of plants that you have grown from seed that are at least 1 year old. Any species is fine, but you must have grown the plant yourself. Let me run down the rest of the rules:
1. It must be your own picture
2. You can only submit one photo for this contest
3. Pictures shared in previous contests are not eligible
4. The winner will be the entry with the highest number of thumbs up votes
5. This contest is open internationally, although there will be an alternate prize for international winners

And what is the prize, you ask? Well, since Halloween is this month, how about a Creeping Death? 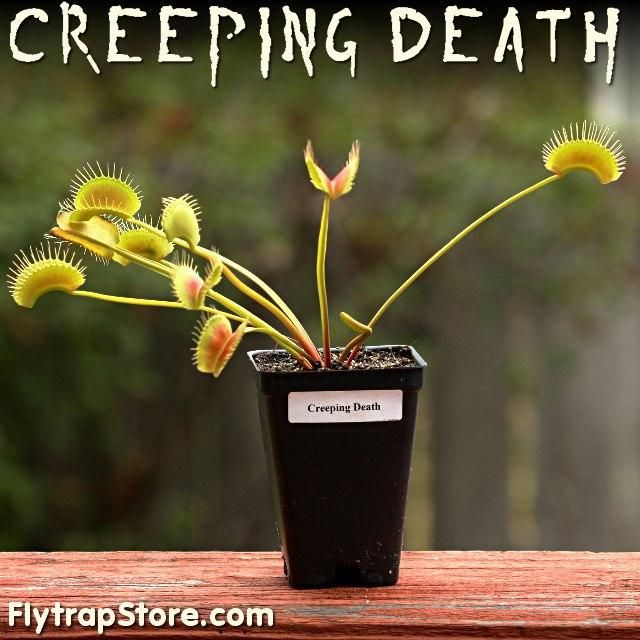 Discovered and named by Phil Golding, Creeping Death does not grow the wide petioled spring leaves that many flytraps do. Instead, it just starts the season with the long leaves in spring. Phil obtained the original plant from Cook's Carnivorous Plants years ago after helping Dean Cook clean out a greenhouse after a bad freeze. Creeping Death was among the only survivors. After a few years of growing the plant, he noticed the unique traits and set aside and named the plant. Like the WIP Slim Snapper, WIP Long Snapper and Spider, Creeping Death is a long-leafed Venus Flytrap clone.

So, let's see those pictures of your babies all grown up and maybe you'll get rewarded with a Creeping Death. Bwahahaha {insert Boris Karloff impersonation here}.
MaxVft, Kapahulu liked this
----------------------
Panman's Grow List topic47056.html
Toes in the water, ankles wet, and knees damp.

did you do it through your phone? I think it happens a lot when people upload through their phone and the phone decides to use some small preview version to save bandwidth or something like that. 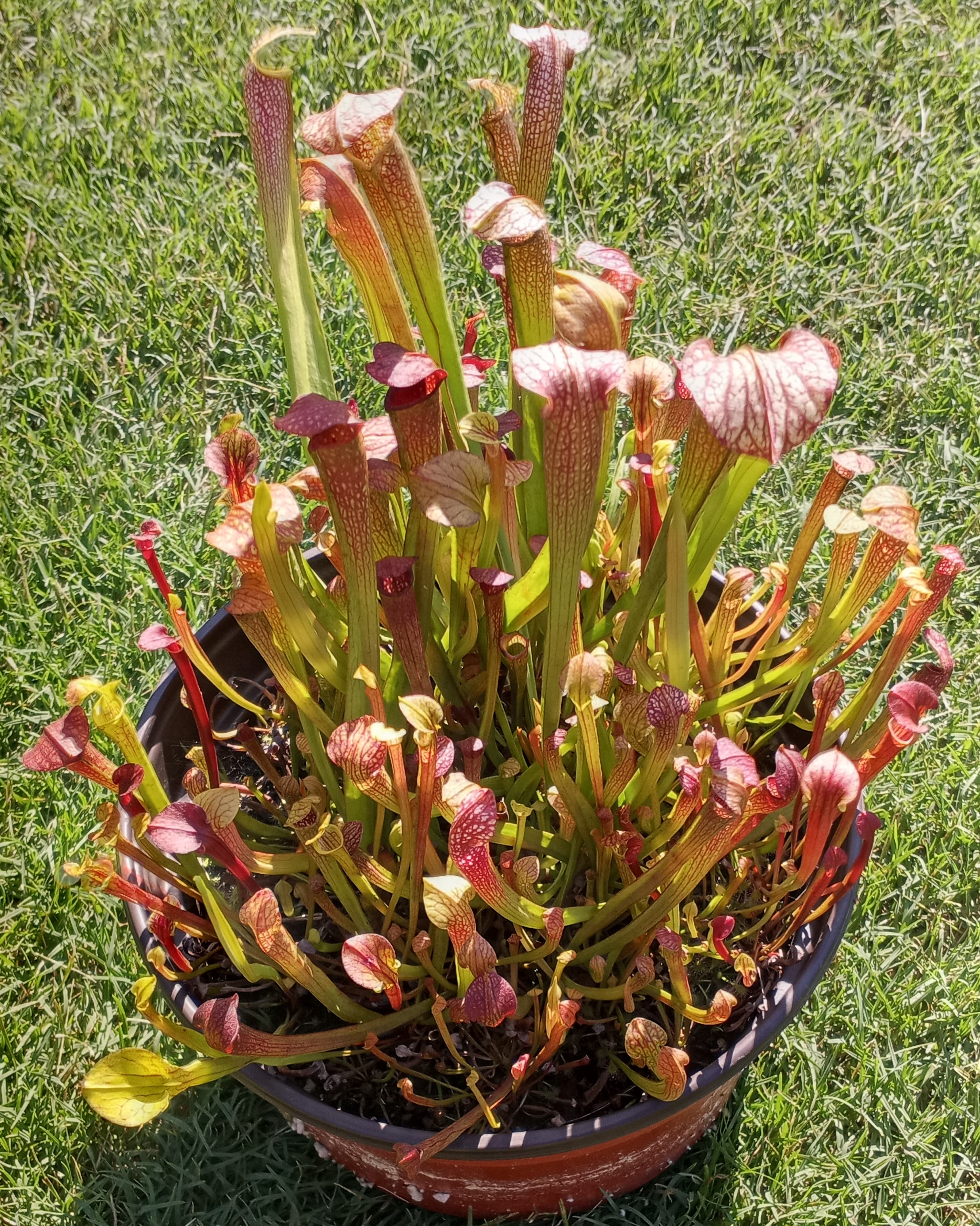 2019 seeds, started that winter inside.
elaineo, ChefDean, MaxVft and 5 others liked this

-  Sun Oct 03, 2021 3:00 am #389622
This is a Drosera filiformis x tracyi. Had gotten some seeds last summer from the seed bank from a selfing of D. Dreamcicle. Unfortunately, none of the offspring have the coloring of the parent plant. (Darn the whimsical nature of genetics!) But the plants have been vigorous. This one is the largest of the bunch.

-  Sun Oct 03, 2021 11:51 pm #389686
I've only started growing from seed a year and a half ago when I joined this forum. The seed bank was impossible to resist. When I made my first request, ChefDean informed me that I was 5 days from qualifying for those seeds. He accepted the order and charged me with doing a giveaway. A year and a half later, I've done giveaways (another one coming soon) and have donated a few times to the seed bank. While my first few seed acquisitions did poorly, I have gotten 3 sprouts from the seed bank's Sarracenia alata 'Night' seeds. I sowed three batches six months or so apart and got one plant each time. Here is the my first ever pitcher plant grown from seed. It is only about 2 inches tall but is doing very well. He will be spending the winter inside having Maxsea pumped down his throat.

I thought you just punched the keyboard a couple t[…]

What kind of lid? The lid that goes with tha[…]

I submerge the entire leaf in a jar of water and […]

received and planted, thanks!

after discovering why my venus flytrap is not […]

I just sent some leaf cuttings to your roommate. […]