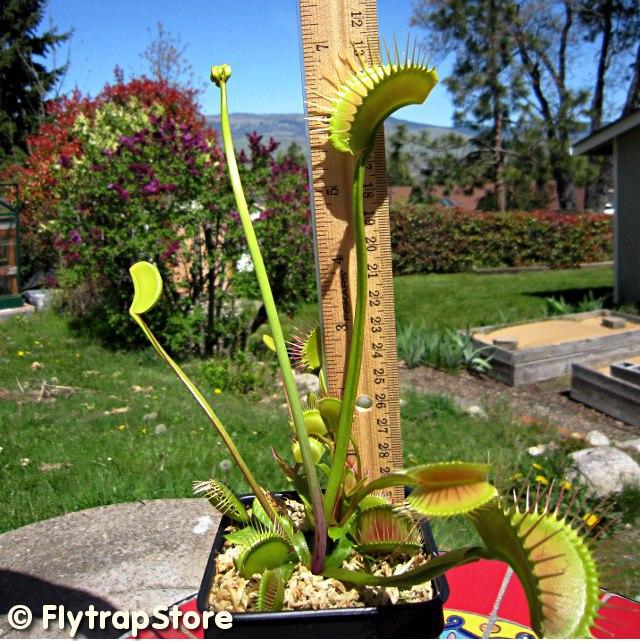 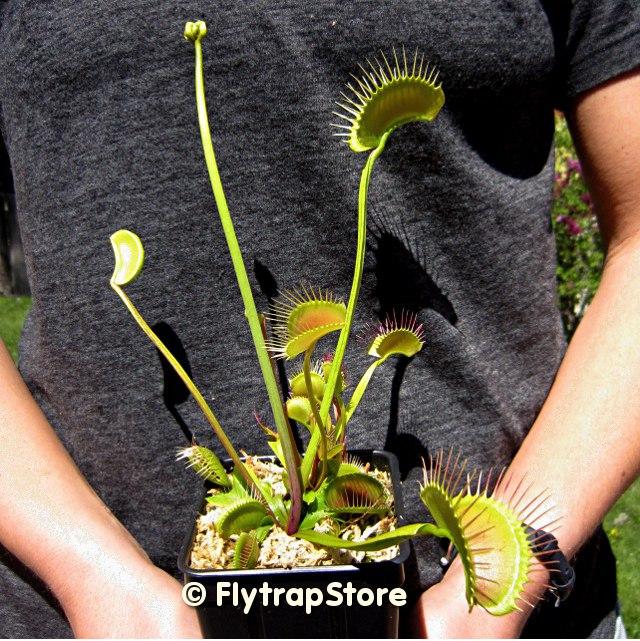 This is originally a seedling from Bob Ziemer's seed harvest that I got in 2009 and put in tissue culture, hence the BZ40 (it was the 40th seedling I deflasked). I had it in tissue culture again early last year, but took it out because I wasn't sure of its size or impressiveness. But last spring it impressed me with its large traps and long leaves and again this spring it is very impressive; probably the best looking flytrap in the greenhouses right now. It just might be the next flytrap from FlytrapStore to be named and distributed

Can we win it? haha
Melle liked this

"Olympus" was my favorite of the names! Good choice! It seems really fitting!

I'll have to get Leah's opinion of these and see which one she likes. I guess I should get it back in tissue culture. Seems like many people would enjoy growing this plant.
Matt liked this
My Growlist
FlytrapStore YouTube
FlytrapStore Facebook
FlytrapStore Instagram

Matt wrote:Thanks for all of the name suggestions! Tons of great ones here

I'll have to get Leah's opinion of these and see which one she likes. I guess I should get it back in tissue culture. Seems like many people would enjoy growing this plant.

Yes! Fist pump! Let's get that monstrosity in your store! Id be lined up to buy it, its pretty impressive.

Ambanja wrote:Blown away by the plant, but "Tall Giant" is such a boring name for this amazing creature that seems to be jumping out of the pot to capture it's prey.

The "Green Giant"
tom_e_boi liked this
Obsessed with Orchids, Carnivorous, and all uniquely beautiful plants... :D

I wish I had that problem. Your flytraps have done[…]

In general, either use sandpaper to sand off part […]

FB need not be that terrifying should you ever go […]

Gorgeous orchid cactus! I’ve only got one th[…]

I can’t help but keep vandalizing this one p[…]

Yep, gotta drill'em in the sides. I grow vegetabl[…]